With the passage of Insurance Bill, companies can raise more capital from foreign partners to expand, increase penetration as a result of hike in FDI limit from 26 pct to 49 pct. 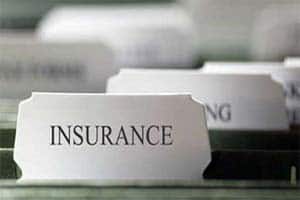 Life insurance: An attempt to build a pensioned society through only the National Pension System (NPS) is a good strategy but this approach should be widened to include other pension products to make it more attractive by removing the service tax from all pension products and not just NPS.

UNDERLINING the importance of a bipartisan consensus to push economic reforms, both the BJP-led NDA and the Congress came together to break the ongoing logjam in Parliament to pass the Insurance Laws (Amendment) Bill, 2015, in the Rajya Sabha, where it was stuck since 2008.

The Bill that looks to raise the FDI limit from 26 per cent to 49 per cent in insurance companies comes as a major booster to an industry that needs capital to grow and that has seen a decline in insurance premium collections over the last few years.

Being the first economic Bill to have received the opposition’s support in the Rajya Sabha — where the NDA is in minority — this raises hopes in the government that other major reforms, including the Land Acquisition Bill, may also now begin to move forward.

While growth of the insurance industry has suffered over the years on account of weak market conditions, it also limits the industry’s ability to garner long-term funds that could fund long-term infrastructure projects.

Only on Wednesday, LIC of India, signed a pact with the Indian Railways, pledging an investment of Rs 1.5 lakh crore over a period of five years that may take care of the funding needs of a sizeable portion of Rail infrastructure projects. This only indicates the potential of a vibrant insurance sector within the country.

The higher FDI cap will also open doors for higher foreign investment in the country’s nascent pension sector which needs a big push.

This is because Section 24 of the Pension Fund Regulatory and Development Authority (PFRDA) Act links the foreign investment limit in the pension sector with the FDI ceiling in the insurance sector. Industry insiders feel that this rise in FDI limit will come as relief to them on the fund-raising front.

“It indicates the intent of the government to push the economic revival agenda forward. As the Indian insurance industry expands there will be a need for additional capital in-order to build this scale. The increased FDI limit will provide the much needed flexibility to raise this capital,” Sandeep Bakhshi, MD and CEO, ICICI Prudential Life.

There are some who feel that over the medium term this has a potential to bring in huge capital within the industry. “This is expected to bring in $8-10 billion capital in the industry which will in turn help the industry to significantly improve insurance penetration in the country,” said Sam Ghosh, CEO, Reliance Capital.

Earlier in the day, shares of companies in the insurance business rose by up to 11 per cent on Thursday in anticipation of the Bill getting passed by the Rajya Sabha.

* Insurance companies can raise more capital from foreign partners to expand, increase penetration as a result of hike in FDI limit from 26 per cent to 49 per cent

* SBI feels FDI limit hike in insurance could result in immediate inflow of around Rs 20,000 crore, others feel potential is up to $10 billion (over Rs 60,000 crore) in medium to long term