From Bachelor Tax to Tattoo Tax, world’s 11 most weird taxes you will be surprised to know

What if you were asked to pay tax based on the number of windows in your house or how many times you flush the toilet? 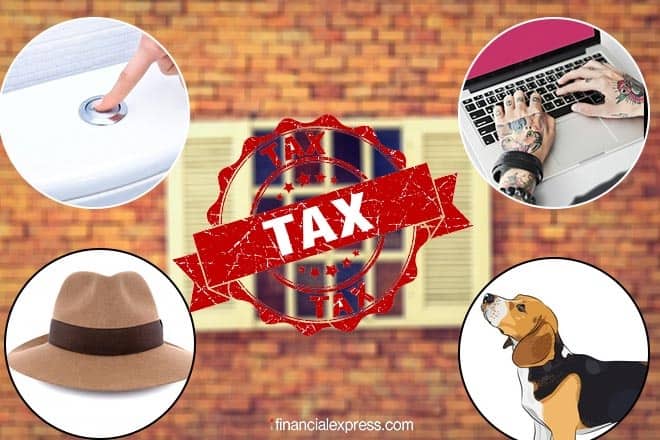 Believe it or not, weird taxes existed in some parts of the world once and some of them exist even today.

Someone has rightly said that only two things are certain in this world – death and taxes. However, while some taxes may seem essential, there are some whose existence can hardly be justified. Still, it is difficult to avoid them. For instance, what if you were asked to pay tax based on the number of windows in your house or how many times you flush the toilet? Weird, right? Believe it or not, such types of taxes existed in some parts of the world once and some of them exist even today. Read on to know about some of the most weird taxes in the world, including India:

Remaining single might be your choice, but the state of Missouri in the United States imposes tax on bachelors (single man), which was first imposed way back in 1820. This tax is levied at $1 every year on unmarried men between 21 years and 50 years. Interestingly, Bachelor Tax was once imposed by many other countries as well – including Germany, South Africa and Italy, among others – and has now been abolished by many of them.

Also Read
Deductions under Chapter VI A of Income Tax Act: Know how much tax may be saved
Earning Rs 6 lakh, Rs 8 lakh, Rs 10 lakh or Rs 12 lakh? Pay this tax without deductions
How much money can you deposit in a savings account in a year to stay outside the taxman's radar?
Income Tax Return 2019: How to find PAN of a company on income tax e-filing website or by using GSTIN

Arizona levies tax on bulk purchase of ice (i.e. ice block). But surprisingly, on the other hand, purchasing ice-cubes is totally exempt from tax. So, if you visit Arizona in the future, make sure you opt for ice-cubes to save money.

As soon as one hears “Pumpkin” the festival of Halloween comes to the mind. But did you know that in New Jersey (United States) though pumpkin is a tax-exempt food, but if it is “painted, varnished or cut and sold as decorations,” then it becomes liable to sales tax.

During the 18th and 19th centuries, countries such as England, France, Ireland and Scotland introduced the concept of Window Tax. This was a kind of property tax which was based on the number of windows in a house. The aim was to target the rich and wealthy who used to live in mansions with a lot of windows. It was later repealed by these countries owing to a lot of agitation against such taxation.

People get inked to express their opinion, beliefs etc & although many countries make services provided at tattoo parlours exempt, this is not the case in Arkansas. Since 2002, the state of Arkansas levies sales tax @ 6% on inking services provided by various tattoo studios/ parlours.

The Hat Tax was introduced by the British government for the period 1784 to 1811 on men’s hat. It was based on idea that a man who owns a large number of expensive hats is very rich as compared to a poor man who might have just one cheap hat or nothing at all. The aim was to earn revenue simply based on a person’s relative wealth.

To keep a check on water-consumption, Maryland imposes tax on toilet flushing excess than the allowed limit at $5 for each month (which comes to $60 for a year). The money collected through Toilet Flush Tax is used for the development of Maryland’s sewage treatment system.

During the 10th century, to raise money for fighting wars, kings used to levy “Cowardice Tax” on the people who chose not to fight for any reason (including cowardice/ fear). This tax was first levied by King Henry I & was relatively low, but later King John increased the tax rate by 300%.