Bad news for salaried! Your daily travel allowance will be taxed now if you fail to submit actual bills

Are you a salaried person and get daily allowances from your company while on official tour either in India or abroad? Then better keep the evidence of actual expenses incurred, otherwise you will have to pay tax on it. 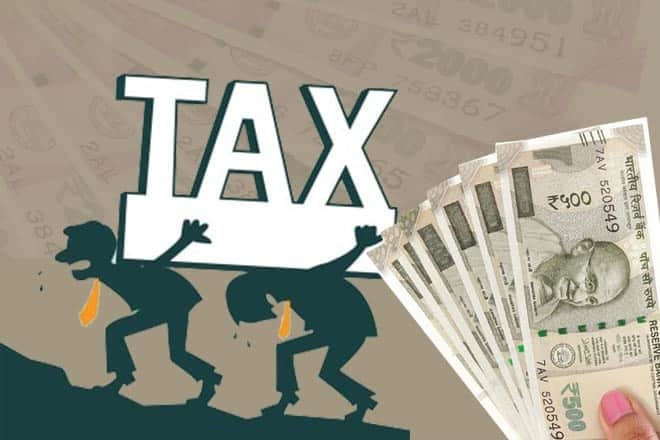 Form 26AS is a statement of tax credit generated by the Income Tax Department based on your PAN number for every financial year.

Are you a salaried person and get daily allowances from your company while on official tour either in India or abroad? Then better keep the evidence of actual expenses incurred, otherwise you will have to pay tax on it. The Andhra Pradesh High Court has recently ruled that allowance paid to employees for meeting personal expenses is taxable as perquisite, and the employer is liable to deduct taxes on it.

Sun Outsourcing Solutions Private Ltd (Sun India / applicant), a private limited company having its office in Hyderabad and branch office at London, UK, deputed employees from India to work in its branch office, besides employing non-resident Indians (NRIs) in the UK. The employees continued to be on the payroll of Sun India and received salary in India. Boarding and lodging allowances were paid as a lump-sum in the UK. The salary payments for the NRIs were paid in the UK. Sun India continued to operate withholding taxes on the salary paid in India. However, taxes were not withheld on allowances paid in the UK to employees and salary payments made to the NRIs employed overseas.

Also Read
How much money can you deposit in a savings account in a year to stay outside the taxman's radar?
Income Tax Return filing for AY 2021-22: Before ITR filing, check things to do and documents required
Income Tax Return: LTCG on equities up to Rs 1 lakh is tax free, but you may still end up paying tax

According to a Deloitte note, the Assessing Officer (AO) charged taxes on the allowances and salary payments made in the UK besides levying interest thereon for assessment years 2000-01 to 2003-04. Aggrieved by the order of AO, Sun India filed appeals before the Commissioner of Income-Tax, Hyderabad [CIT (A)] where the CIT (A) set aside the demand to the extent such demand was in relation to the salary payments made to NRIs. The CIT (A) upheld the orders of the AO with regard to the boarding and lodging allowances paid to resident employees with a direction to consider the particulars furnished/ to be furnished and applying appropriate rate of tax as applicable to different employees.

The orders of the CIT(A) were challenged by Sun India before the Income-Tax Appellate Tribunal, Hyderabad, which dismissed the appeal. Aggrieved by the aforesaid decision of the Tribunal, the applicant filed petition(s) before the Andhra Pradesh HC.

The HC upheld the contention of tax authorities that any allowance paid to the assessee to meet his personal expenses at the place where the duties of his office are ordinarily performed is not exempt under the Income-Tax Act. And, for an allowance to be exempt, it should have specifically been granted wholly in performance of duties.

The court agreed with the fact that lump sum payments made to assignees confer additional advantage to meet the high cost towards accommodation and other personal expenditure. Such expenditure cannot be treated as having been incurred in connection with discharge of duties.

It ruled that the applicant is legally bound to deduct taxes in absence of any certificate obtained from employee so as to not to deduct tax or deduct tax at lower rate and exemption, if valid, can be claimed by the employee on submission of necessary evidence before the tax officer.

Income tax experts say that the above ruling by the Andhra Pradesh High Court (HC) deals with an issue of taxability of daily allowances paid to employees while on overseas assignment. In the said case, the HC denied the tax exemption on lump sum allowances paid to employees by stating that these were paid merely towards meeting the high cost of accommodation and other personal expenditure at the place of deputation and were not linked with the performance of duties abroad. Also, absence of any documentary evidence in relation to actual incurrence of expenditure became one of the reason for such disallowance. Thus, it clearly contradicts the earlier ruling of Karnataka HC in the case of ‘Symphony Marketing Solutions India Pvt. Ltd’, wherein it was held that submission of actual bills are not required to claim tax exemption unless the allowances are fictitious or abnormally higher.

“The above ruling by the HC reiterates that payments in the nature of daily allowances paid to employees need a careful analysis, including review of the employer’s policies and documentation. Also, the employers should be able to demonstrate evidence of actual expenses incurred by the employees in the performance of the duties and ensure that no personal advantage is derived by the employees from receipt of such allowances,” says Akhil Chandna, Director, Grant Thornton India LLP.

Some tax experts, however, say that the above HC ruling will apply not only to overseas assignments, but also to official tours undertaken in India. The I-T Department perhaps wants to keep track of the expenses being claimed exempt. That is why in the new ITR 1 Form (Sahaj), tax payers have been asked to report allowances and benefits considered as exempt under the Income Tax Act. No need to say it has now become vital to keep the actual bills and vouchers of expenditure intact so that those could be submitted or shown to the employer and tax authorities, whenever required.

The Deloitte note says that the ruling has now placed the onus on the employer to prove that the payments are in the nature of reimbursements. This would necessitate a review of the documentation and process followed for disbursements of such payments by the employer.