Impact of demonetisation on the Indian insurance sector

Even after the passage of two months since the government withdrew high value currency notes from the market, dust is yet to settle down on the issue, with both support and opposition stacked up in equal measure. 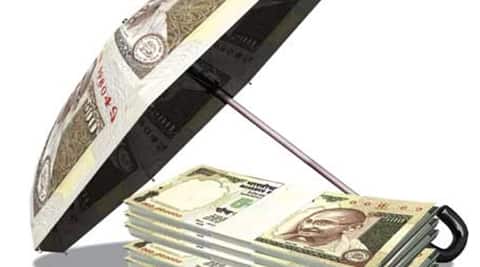 Prime Minister Narendra Modi, on 8 November, announced that Rs 500 and Rs 1,000 notes were no longer a valid tender, stating the move was targeted to curb terror financing, black money, and counterfeit currency.

Even after the passage of two months since the government withdrew high value currency notes from the market, dust is yet to settle down on the issue, with both support and opposition stacked up in equal measure. While some cash-intensive sectors of the industry like real estate and agriculture have been hit hard, some others including insurance seem to have benefited from the immediate aftermath.

For record, Prime Minister Narendra Modi, on 8 November, announced that Rs 500 and Rs 1,000 notes were no longer a valid tender, stating the move was targeted to curb terror financing, black money, and counterfeit currency.

The story so far
According to the monthly numbers of life insurance companies released by IRDAI, the individual single premiums collected in November for all life insurance subscriptions were Rs 6,692 crore. This was a whopping 507% more than what was collected in November 2015. In fact, even on monthly basis, the insurance segment grew by 170% from Rs2,481 crore collected in October. The total amount of first-year premiums (both regular and single premium) grew 113% on a year-on-year basis, and 45% compared to the collections in October 2016, revealed the IRDAI data.

The insurance industry, which was growing at a decent 28% on a month-on-month basis, grew more than 40% in November. It was a pleasant surprise for all players in the sector.

The IRDAI numbers are an indicator to the already changing savings habit of Indians. Real estate and gold are the two traditional sectors where Indians prefer to park their money. But demonetisation has robbed the sheen from both of them. People have begun investing in insurance, leading to the exponential growth of the sector.

It can be reasonably said that demonetisation had a major role to play in the insurance sector suddenly becoming cash-rich. Nearly Rs 12.44 trillion has entered the organised insurance system and a significant part of the collection will surely be invested in financial assets. A lot of money has come into the formal channel and the financial products industry is expected to see a bigger inflows. Not only insurance, even mutual funds are likely to see a spurt in growth. The trend would carry on, at least in the near future, so long as the increased liquidity is there in the banking system.

The added liquidity, in fact, has given an opportunity to banks to sell third-party insurance products. Banks, in November alone, sold twice as much of what they otherwise used to sell monthly in third-party products.

The government’s plans to instil a cashless economy, and people downloading e-wallet and e-payment apps on their smartphones, are expected to auger well for the insurance sector.

For one, going digital reduces operating costs, and the benefit will be passed on to the customers in the form of discounts, improved product portfolio, and better services.

There are two main areas where the insurance industry will feel the impact of demonetisation. In the short term, the trend is already clear that more number of customers are opening up to pay their premium online, rather than paying cash to agents. In the health insurance sector, for instance, hospitals carry out a lot of transactions in cash. But with cashless settlement kicking in, patient parties can go fully cashless.

Gazing into the crystal ball

With Jan Dhan accounts, the unified payment interface (UPI) and a greater push towards Aadhaar integration, the foundation was already laid for a digital and cashless economy. Now with demonetisation settling in, people have begun to understand the advantages of going digital. They have realised how fast, secure, and easy digital transactions can be. Insurance services can now be extended to more number of people through active Jan Dhan accounts. It will increase insurance penetration in the country which was at a dismal 3.4% for the 2015-16 fiscal. Insurance premiums too would come down over the long term.

While there has been some hiccups regarding payment of premiums in the rural and unbanked pockets of the country, these are unlikely to remain over the long term. Insurance companies, for instance, inform customers well in advance regarding premium due dates. Besides, there is a 30-day grace period for annual premium payment, for those who fail to pay within the due date. Demonetisation, in fact, will indirectly urge people to pay their premiums on time.

With the digital push and changing demographics (65% of the population aged below 30 years), increased internet penetration through mobile phones (300 million now, expected to reach 700 million by 2020), consumer comfort in adopting technology is already showing the signs of a game changer. Standardised sales, increased transparency, customised solutions, and most importantly exhaustive information to take informed decisions, are all set to become the minimum norm.

(The author is CEO & Founder, PolicyX.com)