This ruling ideally shall pave the way for a clarificatory circular by the department that would bring smiles to the entire ecosystem, Mohan said. 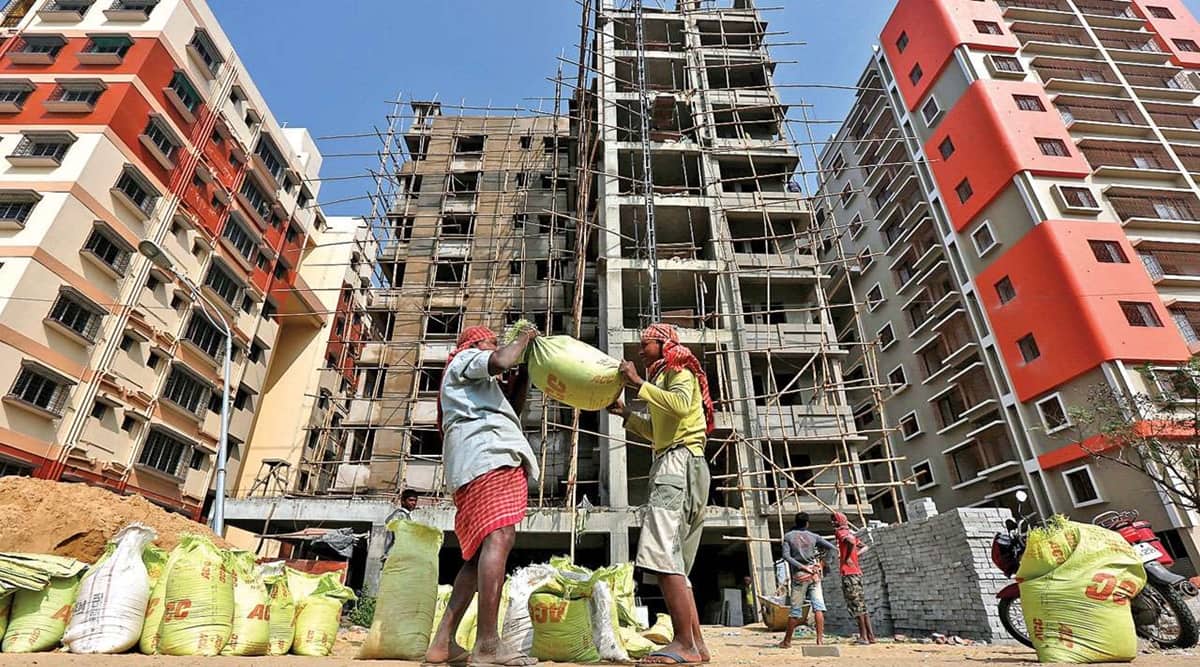 Gujarat High Court Advocate Avinash Poddar said it is expected that now the government will come up with Valuation Rules as done in the service tax regime. (File/Reuters)

The Gujarat High Court ruling that actual value of land should be deducted before levying GST on under-construction flats would reduce the tax outgo for homebuyers, provided the contractual arrangement transparently denotes the land value, experts said.

Currently, GST is levied on sale of under-construction flats/units wherein the entire value of flat or unit (including value of underlying land) is taxed after giving Ad Hoc deduction of 1/3 of value of flat/unit towards land irrespective of actual value of land.

Experts said in urban area or metro cities actual value of land is much higher than 1/3 value of flat and application of 1/3rd deduction is arbitrary in nature as it is applied uniformly irrespective of the area, size and location of land.

Also Read
NPS can help you get Rs 50,000 pension post retirement – Here’s how
Tax-saving fixed deposits for senior citizens offer interest rates up to 7.25% – Check latest FD rates
Rupee slumps from Rs 73.21 to Rs 77.62 against dollar! Here’s how it impacts your personal finance
How to diversify your portfolio given the current market situation?

“This is indirectly levying tax on land which is beyond the legislative competence of the Union to levy GST on land. This (Gujarat HC) decision will squarely apply where sale agreement clearly specifies value of land and also construction services. This is well reasoned and fair decision, if followed, the tax incidence on individuals buying under-construction flats will reduce substantially,” N.A. Shah Associates Partner Naresh Sheth said.

In its verdict on Friday last week, the Gujarat High Court in case of Munjaal Manishbhai Bhatt vs Union of India has read down paragraph 2 of Notification No. 11/2017 mandating 1/3rd deduction of Land as ultra-vires.

Athena Law Associates Partner Adv Pawan Arora said flat buyers who have already borne the incidence of excess GST due to standard 1/3rd deduction, may proceed to file refund claim with the jurisdictional GST authority of the developer.

Gujarat High Court Advocate Avinash Poddar, who was also the arguing counsel in the case, said it is expected that now the government will come up with Valuation Rules as earlier done in the service tax regime.

“It should be understood by the buyers that developers cannot take this stand, till the GST Department synchronises itself with the judgment of the Hon’ble Court. In such a scenario, developers may continue to pay tax on 2/3rd consideration of flats under protest and thereafter, the Developers/Buyers may file the refund claim with the jurisdictional GST authority of the Developer,” Poddar said.

Dhruva Advisors Partner Ranjeet Mahtani said this judgement is important owing to the impact it will have on real estate arrangements and development agreements across India.

“Particularly, where the value of land is on the higher side (for example in the four metro cities) vis-à-vis construction cost, when compared with other cities and towns of India, the arbitrariness is stark; in such cases the taxpayer, if he / she can establish the actual value of land / undivided share of land to be reduced from the total consideration will have a lower GST impact.

“In these inflationary times, the verdict is a mild boost for the real estate sector given the potential reduction in GST outgo, provided the contractual arrangement transparently denotes the land value / value of undivided share of land,” Mahtani said.

AMRG & Associates Senior Partner Rajat Mohan said this is a triumph for the entire real estate sector against the imposition of tax on arbitrarily computed taxable value. The ruling will bring immediate relief to the writ applicants and would have a high value for the taxpayers in Gujarat; however, this would hold only persuasive value for the rest of India.

“Based on this ruling, other players are also expected to litigate the same issue in higher forums. Even after an unambiguous judicial ruling, developers are not expected to pass on the benefit of such tax cuts, as this matter would be challenged in the apex court,” Mohan said.

This ruling ideally shall pave the way for a clarificatory circular by the department that would bring smiles to the entire ecosystem, Mohan said.