2019 has been a year of digital reaffirmation

Despite cash making a comeback, UPI and other services have come to account for 25% of all digital transactions. 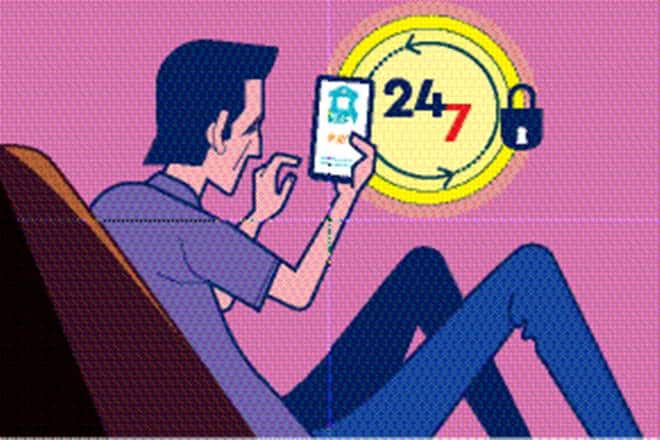 It is not surprising that in the last few days of 2019, RBI announced that it shall roll out a 24×7 NEFT service. Touted as NEFT 2.0, this would allow anyone to use NEFT at any point of time and for any amount they want. To sweeten the deal, RBI has asked banks to ensure that charges are absorbed within the banking system, so that for consumers there are no fees for NEFT transactions. Although the new iterations put NEFT on par with IMPS, which also has a 24×7 service, what makes NEFT transactions better is the fact that there are no caps, unlike in IMPS, on how much you can transfer.

The move comes after National Payments Corporation of India (NPCI) earlier this year introduced BHIM 2.0 and a UPI 2.0 services. The new updates mean BHIM is on par with likes of Google Pay and PhonePe. The UPI 2.0, on the other hand, ensures people can take advantage of electronic clearing systems, wherein a payment can be scheduled to a biller. More important, the pervasiveness of the ecosystem has also increased. Data from RBI shows, 25% of all digital transactions are being done by UPI platforms. More so, in January this year value of transactions on UPI had surpassed debit and credit card transactions at PoS terminals. More important, these transactions have since gained a third of card purchases.

Although there have been no new innovations in the ecosystem, with RBI allowing transactions till `2,000 without a second level of authentication, use of tap and pay cards has certainly increased with more banks pushing for Near Field Communication-enabled cards.

This year saw some major steps towards technology adoption by exchanges and regulators across the globe. Mihir K Malani, founder, Nerve Solutions, says, increased use of API-based architecture and accessibility to sandbox environments were key factors driving product development. “In spite of it being a challenging year for financial markets, investments in technology continued to remain the top priority for all market participants. With open banking gaining ground, we are moving towards a more collaborative fintech ecosystem. The coming months would see new and innovative products entering our markets, with the potential to further disrupt the financial services industry,” he says.

But as important as payments have been, the sector is now increasingly dogged by instances of fraud. Phishing became one of the most common frauds by hackers to target customer data. While banks have done well to promote digital payments, the focus on educating users about the travails of services has been limited.

Although RBI did release some guidelines and best practices for banks to follow, the year saw maximum number of attacks on banks and banking services. In fact, RBI Ombudsman reports that cases of credit card fraud doubled since last year, while ATM frauds increased 18%. What the report does not talk about though is cases of spoofing and phishing, where apps with UPI acronyms were able to siphon off users’ data and money.
Ever since use of digital has increased, banks have constantly been coming under attack to extract card information and steal money. In one instance, information of 32 lakh cards was available online for sale. Earlier this year, cybercriminals hacked an ATM in Tripura to steal money.

Pavan Kushwaha, co-founder and CEO, Kratikal, an enterprise security solution says, “Digital is growing, security should grow with it as well. While banks are trying to improve services from enterprise end, there is a need to educate the consumers about good practices. The security chain will not be complete unless users can also understand security nuances.”

While 2019 saw entrants of new players in UPI field, 2020 shall see WhatsApp upending the landscape. One can expect more innovations from NPCI, but that depends on to what extent it wishes to upend the field. Tap and Pay, and NFC can be one idea, another can be linking of credit card with UPI apps. But the focus shall be on security. With more people moving online, security is as much a concern as innovation.