In the half-month of March, the foreign investors have pulled out nearly Rs 38,000 crore from the Indian market. 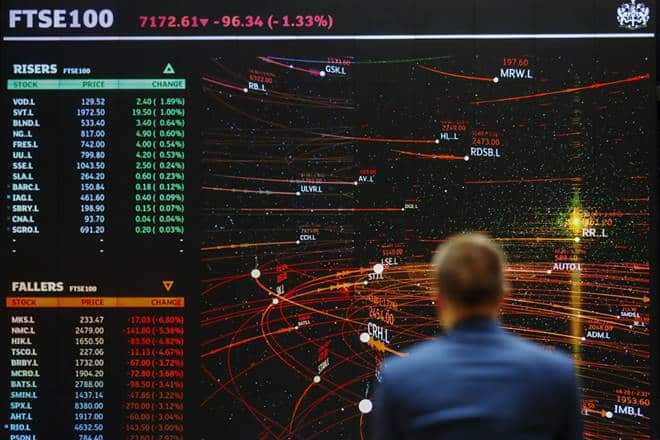 FTSE has now proposed implementing the changes in the September 2020 FTSE global equities index series semi-annual review, subject to confirmation by the end of June 30.

“FPI outflows from India are due to global risk-off after the outbreak of coronavirus. With a sharp decline in oil prices, India’s trade and current account deficits are expected to reduce. The government has raised excise duty on petrol and diesel which is positive for fisc,” Sameer Narang, Chief Economist, Bank of Baroda, told Financial Express Online. The macroeconomic outlook is positive, he added.

The global uncertainty is spread across the sectors and businesses worldwide are affected due to travel restrictions. RBI Governor Shaktikanta Das today said that India is not immune from the global pandemic and the uncertainty can not be estimated precisely. He also said that he is not cutting the repo rate now but he won’t deny any possibility in future as that will be circumstantial.

“Its a sheer case of sharp risk-off flows, as foreign investors exit amidst the considerable global uncertainty posed by the coronavirus spread. How this plays out would depend on the duration and intensity of both the virus’ spread and the ongoing response measures by governments, as demand and supply are impacted,” Sreejith Balasubramanian, Economist, IDFC-AMC, told Financial Express Online. The monetary policy response has been swift with the intend to ease financial conditions and impart confidence, with the role of fiscal policies being increasingly highlighted, he added.