Will bears drag Nifty to 16800 or bounceback on cards? 5 things to know before share market opening bell

After Monday’s rout, the Indian share market may witness a slight bounce back amid mixed global cues. Early trends in the SGX Nifty hinted at a flat to positive opening for NSE Nifty 50 and BSE Sensex. 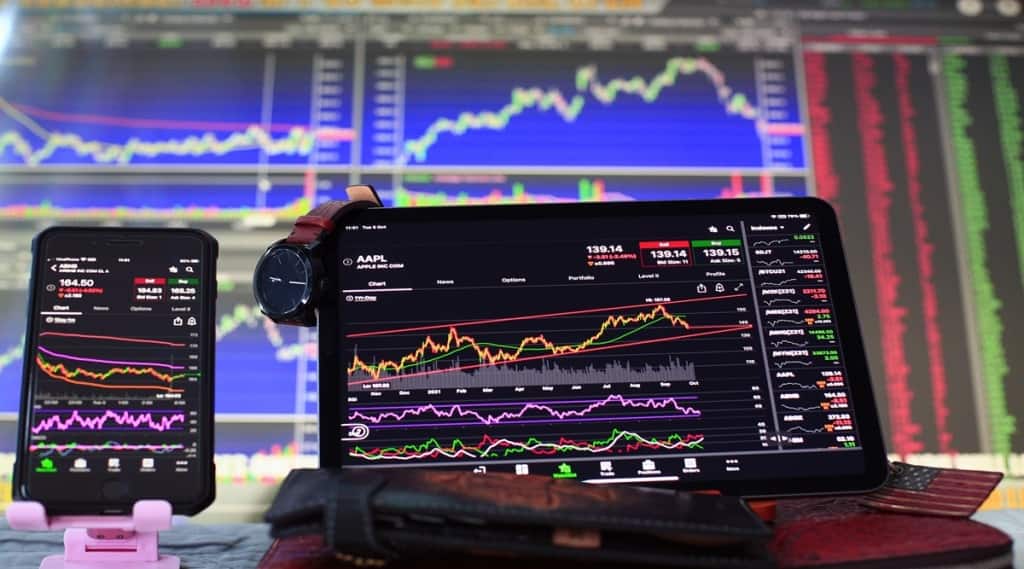 After Monday’s rout, the Indian share market may witness a slight bounce back amid mixed global cues. Early trends in the SGX Nifty hinted at a flat to positive opening for NSE Nifty 50 and BSE Sensex. “The RBI’s decision and the outlook would hold great importance post the rate hikes announced by many Central Banks globally following the US Fed aggressive outcome. Even the monthly F&O expiry this Thursday would keep the markets volatile. Fragile global factors and FII outflows would continue to keep the pressure on the market and thus 17000 level would act as a key support level, below which the weakness could intensify,” said Siddhartha Khemka, Head – Retail Research, Motilal Oswal Financial Services.

Global market watch: Wall Street slid deeper into a bear market on Monday, with the S&P 500 and Dow closing lower as investors fretted that Fed’s aggressive campaign against inflation could throw the US economy into a sharp downturn. The Dow Jones Industrial Average fell, the S&P 500 lost 1.03%, and the Nasdaq Composite dropped 0.6%. Meanwhile, shares in the Asia-Pacific were higher on Tuesday after sharp falls in the previous session. Japan’s Nikkei 225 rose 0.65%, and the Topix index gained 0.66%. In Australia, the S&P/ASX 200 added 0.46%, while South Korea’s Kospi and the Kosdaq were up marginally. MSCI’s broadest index of Asia-Pacific shares outside Japan was about flat.

Nifty technical view: “A long bear candle was formed on the daily chart with an opening downside gap. Technically, this market action indicates a sharp down-trended movement in the market. After a decisive downside breakout of the immediate support of minor up trend line at 17500 levels, the Nifty is now sliding down to the crucial lower support around 16800 levels as per the concept of change in polarity. There is a higher possibility of an upside bounce from the lower support in the short term. The short-term trend of Nifty is sharply down, and the weakness is expected to continue for the next 1-2 sessions,” said Nagaraj Shetti, Technical Research Analyst, HDFC Securities.

Nifty, Bank Nifty levels to watch for: “Nifty has breached psychological 17000 levels, as 17250-17320 will now act as immediate resistance, whereas support is placed around the 16800 levels. On daily charts, Bank Nifty has formed three black crow patterns, indicating that bears have taken control. Nonetheless the 39800 level is crossed and sell on rise is advised for the short term. India VIX, meanwhile closed at 21.89 levels as it surged over 6.31 per cent intraday. Dips should be utilized to accumulate quality stocks,” said Om Mehra, Technical Associate, Choice Broking.

Rupee: The rupee plunged 58 paise to close at an all-time low of 81.67 (provisional) against the US dollar on Monday as the strengthening of the American currency overseas and risk-averse sentiment among investors weighed on the local unit. Moreover, escalation of geopolitical risks due to the Russia-Ukraine conflict, a negative trend in domestic equities, and significant foreign fund outflows lowered investors’ risk appetite further dragging the domestic currency, according to forex traders.

Stocks under F&O ban on NSE: Vodafone Idea, Zee Entertainment Enterprises, and Punjab National Bank are the three stocks under the NSE F&O ban list for 27 September. Securities thus banned under the F&O segment include companies where derivative contracts have crossed 95 per cent of the market-wide position limit.