Alphabet and Amazon.com stocks fell as investors fretted about how the higher rate environment would impact their future growth potential. Meta Platforms declined 6.2%, taking its losses in last two days to 13.5%. 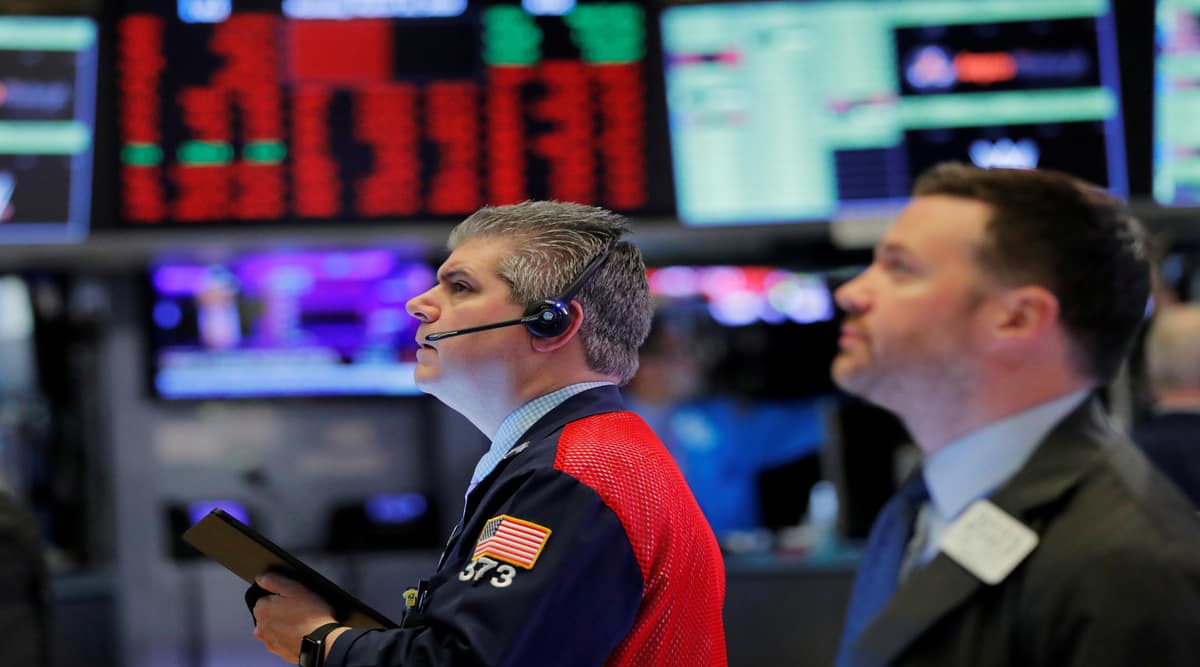 A half-point interest rate increase will be “on the table” when the U.S. central bank meets on May 3-4 to approve the next in what is expected to be a series of rate increases this year, Powell said.

With inflation running roughly three times the Fed’s 2% target, “it is appropriate to be moving a little more quickly,” Powell added in a discussion of the global economy at the meetings of the International Monetary Fund.

“The market is pricing in, at least, 50 basis points in May and June,” said George Catrambone, head of trading at DWS Group.

“Powell, and many other Fed speakers, have been saying they want to get to control as quickly as possible, and that is saying to the market that they are going to go aggressively.”

Earlier on Thursday, San Francisco Federal Reserve President Mary Daly said she supports raising the U.S. central bank’s target for overnight borrowing costs to 2.5% by the end of this year, but whether or how much further it will need to rise will depend on what happens with inflation and labor markets.

The remarks by Fed officials hijacked initial momentum which the markets received from positive earnings. All three major indexes opened higher, boosted by strong results from heavyweight Tesla and airline operators. However, gains were eroded through the morning session and the S&P 500 and Nasdaq had already reversed course by the time Powell spoke.

Bond yields also breached fresh multi-year peaks. Yields on the two-year U.S. Treasury, the most sensitive to interest changes, hit their highest in three years before coming off slightly.

High-growth stocks, including those of Alphabet Inc and Amazon.com Inc, fell as investors fretted about how the higher rate environment would impact their future growth potential. Meta Platforms Inc declined 6.2%, taking its losses in the last two days to 13.5%.

Netflix Inc slumped 3.5%, taking its market capitalization below the $100 billion mark for the first time since January 2018. It was the second day of declines for the streaming giant after its quarterly earnings revealed a first drop in subscriber numbers in a decade, with further falls likely.

The forecast prompted William Ackman to liquidate a $1.1 billion bet on Netflix, with the billionaire investor writing the firm’s future was too uncertain to hold onto his position.

The 1.7% fall in the broader technology index was one of the worst among the sectors, with all 11 major industries ending lower. Energy was hit the hardest, despite crude prices gaining.

Alcoa Corp was another to slide after posting results. The aluminum producer tumbled 16.9%, its biggest fall since March 2020, as the Russia-Ukraine conflict impacted its business.

There were some bright spots though. Tesla, the world’s most valuable automaker, rose 3.2% after its results beat Wall Street expectations as higher prices helped it overcome supply-chain chaos and rising costs.

Airline stocks also maintained their recent momentum. United Airlines Holdings Inc and American Airlines Group Inc climbed 9.3% and 3.8%, respectively, after they predicted a return to profit in the current quarter due to booming travel demand.