US stocks in red amid slow growth, high inflation; Nasdaq falls over 2.8%

Snap Inc plummeted 40.6%, dragging down several social media and internet stocks, after the Snapchat owner slashed its second-quarter earnings forecast and said the economy had worsened faster than expected in the last month. 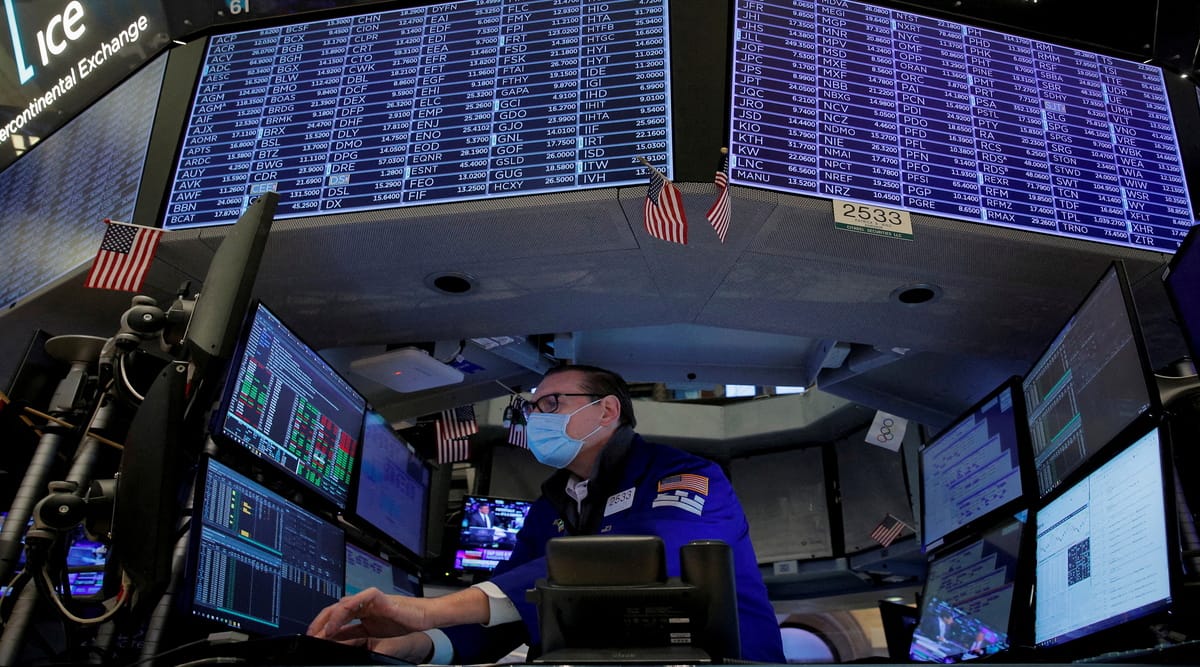 Wall Street’s main indexes plunged on Tuesday, with the tech-heavy Nasdaq leading the slump, as economic data and bleak company forecasts added to nerves about slowing growth amid decades-high inflation.

Snap Inc plummeted 40.6%, dragging down several social media and internet stocks, after the Snapchat owner slashed its second-quarter earnings forecast and said the economy had worsened faster than expected in the last month. The stock was set for its worst single-day drop.

“We are seeing weakness possibly in consumer and now in advertising spending,” said Dennis Dick, a trader at Bright Trading LLC in Las Vegas.

“What we need to see is that the Fed’s plan is working. Until we see a decent data point, it’s going to be sell first, ask questions later.”

“Everybody has been talking about a recession and the economic data is following that path,” Paul Nolte, portfolio manager at Kingsview Investment Management, said.

“We may wind up with slower economic growth and still above-desired inflation. That’s a perfect storm against equities as it will slow earnings growth and potentially compress margins even further.”

Disappointing forecasts from Walmart Inc and other retailers have rattled market sentiment recently, adding to evidence that rising prices have started to hurt the purchasing power of U.S. consumers.

On Friday, the S&P 500 and the Nasdaq marked their longest streak of weekly declines since the dotcom bust in 2001 on mounting concerns that aggressive policy tightening by the Federal Reserve might tip the economy into a recession.

U.S. Federal Reserve Chair Jerome Powell is scheduled to speak later on Tuesday, with investors looking for fresh comments about the path of future interest rate hikes.
Markets are pricing in 50 basis point rate hikes by the Fed in June and July.

Nine of the 11 major S&P sectors declined after rising broadly in the previous session. The communication services sector slid 4.8%.