As US Fed outlook points to a hike in June or later in the year, Indian markets, too, may not be impacted much for now. Here’s why… 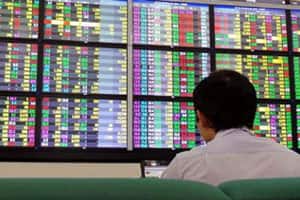 All these had a combined impact and Sensex rose for the six straight trading sessions and closed at 27,316 on Friday. (Reuters)

Investors in the US reacted favourably on Wednesday as the Federal Reserve moved a step closer to its first rate hike since 2006. As the central bank’s outlook pointed to a hike in June or later in the year, Indian markets, too, may not be impacted much for now. However, a sooner-than-expected hike would impact markets and also lead to volatility in the rupee. Sandeep Singh explains the issues around India and the US Fed decision.

1. Why is a rate hike anticipated?

The US economy grew at 5 per cent in the quarter ended September 2014. The data came in December 2014, and on January 28, the Federal Open Market Committee (FOMC) — the policy-setting body of the Federal Reserve System — said faster progress towards the committee’s employment and inflation objectives may result in a hike in rates sooner than anticipated. Markets have speculated ever since on a rate hike announcement. Following FOMC January, the BSE Sensex fell for seven trading sessions, losing over 1,400 points. Over the last two trading sessions FIIs have pulled out a net Rs 1,154 crore.

2. What is the likely impact of a US Fed rate hike on the Indian markets?

Indian markets anticipate a rate hike, and as the Fed has indicated to do so in June or later, markets may not be impacted much. If, however, the hike comes earlier, or if the quantum of hike is more than expected, markets may react sharply. Funds may flow out of both debt and equity markets, and put under pressure the rupee, which over the last couple of weeks has inched towards 63 against the dollar.

3. Why will a hike in interest rates in US result in outflows?

The differential between interest rates in the US and India is big, and a small hike in the US may not be attractive enough. However, a signal from the US Fed will ultimately lead to subsequent rate hikes. A series of hikes in interest rates in the US over a period of time will raise the borrowing cost for carry trade (borrow from US and invest in India), and thereby reduce their risk-adjusted return in India. On the other hand, the Reserve Bank of India has embarked on cutting interest rates, and has cut repo rates twice by 25 bps each. A cut in India and a hike in US further reduces their risk-adjusted return. Experts also say that this may make US bonds more attractive. The US is in any case considered a safe haven, and investors looking for stable returns will be more attracted towards US bonds.

4. How will it impact the equity markets?

The outflow of funds may not be restricted to the debt market, and extend to equity markets because a higher return from a safer instrument (US bonds) may be considered a better investment for conservative investors or funds who may have parked funds in Indian equities. Emerging market equities are anyway considered a risky asset, and therefore India, along with other emerging markets, are more vulnerable to outflows when the US raises its federal funds rate.