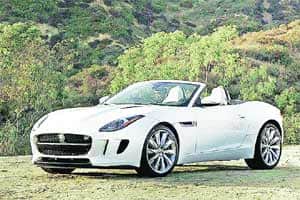 Tata Motors’ Q3FY15 consolidated operating performance (after adjusting for one-off provisions/incentives) was marginally below our expectations. JLR’s sales realisation was above expectations by 4% but its Ebitda margin (after normalising the impact of annual incentives received in Q3) was 52bps lower than our expectations. Overall, JLR’s absolute Ebitda (earnings before interest taxes and amortisation) was in line with our expectations.

Ebitda margin for the standalone business at -2.9% was lower than our expectations of -1.8%. We remain positive on JLR’s volume growth and expect JLR’s volumes to likely recover (20% volume CAGR in FY15-17e) with easing capacity constraints, strong launch pipeline and further strengthening in China through localisation and distribution expansion.

We expect JLR’s margins to moderate in FY16 (17.1%) and FY17 (16.1%) due to the deteriorating product mix/start-up costs, but to remain healthier than the FY11-13 levels (average of 15.2%). Based on Q3, we have tweaked our FY15-17 earnings estimates but kept our target price unchanged at R630/share. Tata Motors is trading at an attractive valuation of 10.3x FY17 adjusted net earnings.

JLR’s revenues for Q3FY15 at GBP5.9 bn were 4% ahead of our expectations due to a 4% quarter-on-quarter improvement in average realisation/vehicle. Despite improvement in realisation/vehicle, higher ‘other expenses’ led to Ebitda margin (post R&D charge) of 18.6%, close to 17bps ahead of our expectation. The sequential increase in other expenses as a percentage of sales was due to the unfavourable impact of realised forex hedges. On the other hand, in Q3, JLR received annual local incentives of GBP54m in China. Annualising its impact, the operating performance was slightly lower than our expectations (18% vs 18.6%). Overall, JLR’s absolute Ebitda was in line. Below Ebitda, performance was affected by mark -to-market of unrealised forex/ commodity hedges and revaluation of GBP138m forex debt.

JLR’s PBT was 19% lower than our expectation. But the lower-than-expected tax rate (one-time adjustment for reduced China withholding tax rate from 10.0% to 5.0%) led to JLR’s PAT coming in line with our expectation.

Cash outflow from working capital was at GBP223m during Q3 vs GBP50m in Q3FY14. Higher working capital and higher capex/product development spends (GBP 825m vs GBP733m in Q3FY14) led to a negative free cash of GBP46m for Q3 (vs positive GBP497m in Q2).

The company plans to launch a range of new products which include Discover Sport, Jaguar XE, F-Pace, etc. Furthermore, the China JV will commence production of Evoque in Q4FY15 and there would be at least two more products from this JV in the next 18 months. The company expects significant volume growth in 2015/16 supported by these launches. However, the Ebitda margin in FY16 is likely to be lower than in FY15 on account of: (i) start-up costs of the China JV, including 50% share of profits from the JV which will be recorded in PBT below Ebitda; (ii) launch costs associated with new products; and (iii) model-mix impacts. The total capex and product development spend is likely to be at GBP3 bn-3.2 bn in FY15 (vs GBP3.5 bn-3.7 bn expected earlier), due to timing impacts. Note that GBP2.16 bn has been incurred in 9MFY15.

The management guided for capex/product development spend of GBP3.6 bn-3.8 bn in FY16. Given the investment, free cash flow could be negative in FY16.

Standalone results: Whilst revenues were 4% ahead of our expectation, Ebitda margin at -2.9% was below expectations of -1.6%. The company reported an Ebitda loss of R2.6 bn. It has made a provision of R3.1 bn on the Singur facility   and write-down of inventories, debtors of around R3 bn. The higher-than-expected interest expense and lower-than-expected tax rate led to net loss of R12.8 bn vs our expectation of a loss of R8.4 bn.

Where we go from here?

JLR—expect volume uptick: In 9MFY15, JLR has clocked volume growth of 11% y-o-y. We believe the key reasons for JLR’s slow sales in recent months have been planned actions (rather than demand issues) and supply-driven: (i) capacity constraints; (ii) phase out of the Freelander to make way for Discovery Sport; (iii) Cut down in supply of Range Rover Evoque from the UK to the Chinese markets. However, we believe JLR is set to deliver a strong volume growth in FY16 and FY17 driven by the following:

* JLR has an aggressive launch pipeline scheduled over the next few years and plans to launch eight products in FY16 and FY17.
* Besides the new launches, demand for JLR vehicles in China would be further aided by: (i) local production of Evoque, Discovery Sport, XF replacement and one co-branded vehicle in its China JV plant; and (ii) expanding distribution network in China (plans 35-40 new outlets in 12-15 months).
*  The new assembly line added to the Solihull plant (100k units p.a.) and the China JV plant (130k units) will address JLR’s capacity constraint issues. Overall, we expect JLR’s capacity to increase from 450k units to 680k units by end-FY15, 730k units by end-FY16 and >750k units by end-FY17.

Margin to moderate but remain healthy: We expect the sales mix shift towards models like Jaguar XE to affect JLR’s margin. Besides lower ASP (average selling price) , we expect the margin on Jaguar XE (8% of volumes in FY16 and 11% in FY17) to be much lower than the current blended Ebitda margin of JLR. We also expect higher launch/ marketing expenses in FY16 and FY17. But we expect these negative impact to be offset to some extent by the following:
*  The rising proportion of new vehicles would mean lower incentives per vehicle.
*  China share of volumes to rise from 26% in FY15 to 28% in FY17.
*  Positive impact from increasing platform efficiency (four products per platform vs two).