Still thinking of buying Bitcoin at $13,000? Warning! RBI has a message for you

Even as Virtual Currencies (VCs) including Bitcoins are recording all-new highs leading to a rush among investors wanting to capitalise on the sudden surge in their values over the last week, Reserve Bank of India doesn’t appear much enthused by the idea. 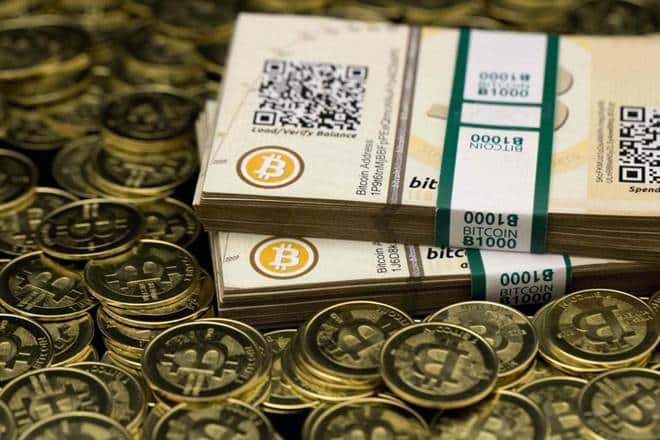 Even as Virtual Currencies (VCs) including Bitcoins are recording all-new highs leading to a rush among investors wanting to capitalise on the sudden surge in their values over the last week, Reserve Bank of India doesn’t appear much enthused by the idea. Cautioning users, holders and traders of VCs third time since February 2013, India’s central banking institution on Tuesday came out with another warning letter making them aware about the potential economic, financial, operational, legal, customer protection and security related risks associated in dealing with such VCs. “In the wake of significant spurt in the valuation of many VCs and rapid growth in Initial Coin Offerings (ICOs), RBI reiterates the concerns conveyed in the earlier releases,” said the central bank. RBI clarified that it has not given any licence or authorisation to any entity or company to operate such schemes or deal with Bitcoin or any VC. Bitcoin, the most popular cryptocurrency, reached an all-new high on Wednesday and topped the $12,000 mark for the first time ever. The Reserve Bank of India first cautioned the investors about the risks associated with trading in VCs way back on 24 December, 2013. Thereafter, it was on 1 February, 2017 another press release was issued by the central bank in this regard. Bitcoin was trading at levels of $644.64 and $985.2 on 24 December and 2 February respectively on digital asset exchange Coinbase. The first day of February was a holiday.

Legendary investor Warren Buffett had said in an interview to CNBC in 2014 that bitcoin is a “mirage”, adding that investors should “stay away from it”. In the same interview, Warren Buffett said, “It’s a method of transmitting money. It’s a very effective way of transmitting money and you can do it anonymously and all that. A cheque is a way of transmitting money, too. Are cheques worth a whole lot of money just because they can transmit money?… The idea that it has some huge intrinsic value is just a joke in my view.” Reiterating his belief on Bitcoins and cryptocurrencies, Warren Buffett told Marketwatch in October this year: “You can’t value bitcoin because it’s not a value-producing asset,” adding that it is a “real bubble in that sort of thing”.

The rapidly surging price of Bitcoin, without any underlying asset or value-base, has irked the top banker Jamie Dimon. “Bitcoin is a fraud and will blow up,” Jamie Dimon, the CEO of JPMorgan Chase, said earlier this year, adding, “The currency isn’t going to work.” He pointed out to the absence of an underlying monetary base to support its value. “You can’t have a business where people can invent a currency out of thin air and think that people who are buying it are really smart,” Jamie Dimon said.