State Bank of India on Tuesday announced that it is looking to merge operations of five of its subsidiary banks with itself. 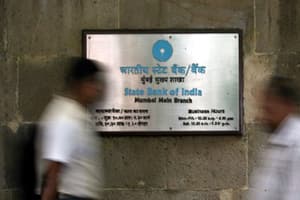 State Bank of India on Tuesday announced that it is looking to merge operations of five of its subsidiary banks with itself. Cheering the announcement, shares of three publicly traded subsidiaries State Bank of Bikaner and Jaipur (SBBJ), State Bank of Mysore (SBM) and State Bank of Travancore (SBT) surged up to 15 per cent in early trade.

Other two subsidiaries include State Bank of Patiala and State Bank of Hyderabad. The country’s largest bank is also looking to acquire state-run Bharatiya Mahila Bank (BMB), a lender targeted at women.

According to a brokerage firm IndiaNivesh, valuations of associate banks are lower, making a merger more affordable but lender will face challenges with unions, branch merges and technology. The brokerage house further added that merger will unlikely to yield any synergy benefit to SBI as smaller banks’ have more asset quality stress, capital requirements.

According to Angel Broking, the five associate banks of SBI will be merged making even stronger as far balance sheet is concerned. This paves way for further consolidation among other PSU banks which seems the need of the hour.

SBI would explore this acquisition once the central government gives an in-principle approval to start negotiations with BMB.