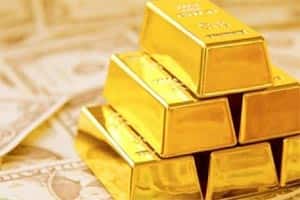 Reserve Bank on Wednesday said sovereign gold bonds can be traded on stock exchanges from Monday.

The Sovereign Gold Bond Scheme was announced by the government on October 30 in 2015.

“The Reserve Bank of India hereby notifies June 13, 2016 as the date from which the sovereign gold bonds (issued on November 30, 2015) held in dematerialised form shall be eligible for trading on the stock exchanges…,” the central bank said in a statement.

The date of commencement of trading in respect of bonds issued in subsequent tranches will be notified later, RBI added.

So far, three tranches of the bonds have been issued.

The first batch was issued from November 5 to November 20 of 2015. The fourth tranche is expected soon.

In October last year, the Finance Ministry had announced that the bonds will carry an interest rate of 2.75 per cent (fixed rate) per annum on the amount of initial investment. Interest is to be paid half-yearly and the last interest will be payable on maturity, along with the principal.

Aimed at providing an alternative to buying physical gold, the gold bond scheme offers investors a choice to buy bonds worth 2 grams of gold going up to a maximum of 500 grams.

Tenure of the bond is eight years with an exit option from 5th year to be exercised on the interest payment dates.

Minimum investment in the bond is of two grams with a maximum buying limit of 500 grams per person per fiscal year (April–March).