Regime change in Pakistan RBI’s revised inflation forecasts and rising commodity prices across the globe weighed on the investor sentiment. 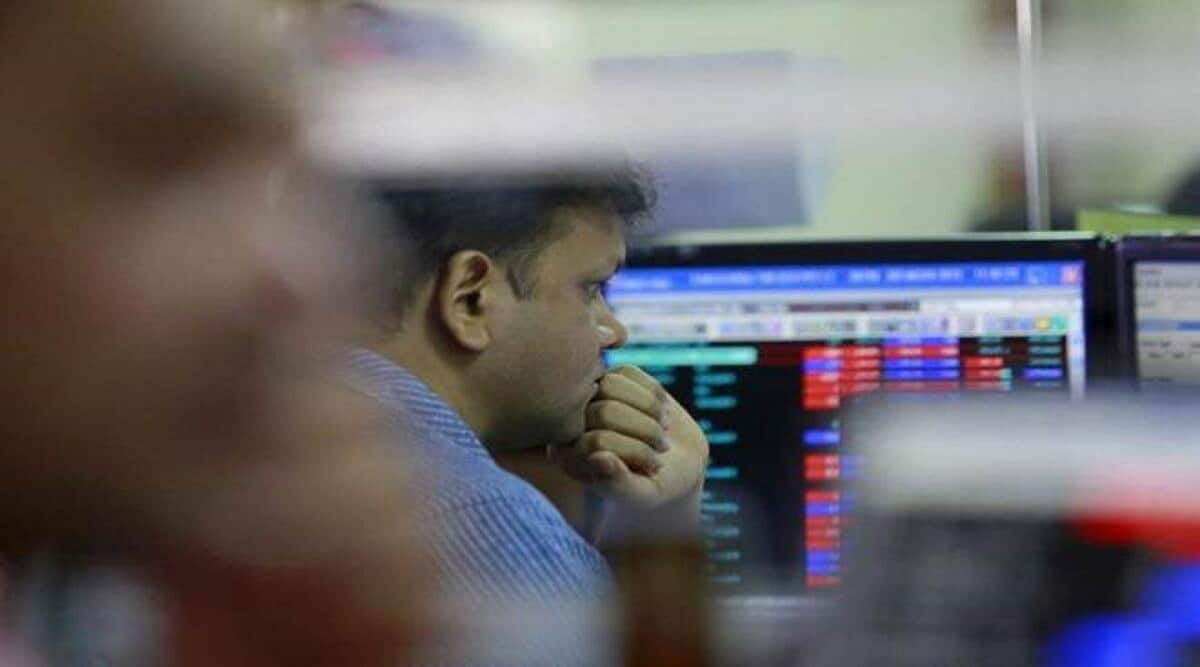 The RBI's revised inflation forecasts and rising commodity prices across the globe continued to weigh on the investor sentiment. (File)

The benchmark indices slipped into the red on Monday, dragged by IT and financial stocks, ahead of the earnings season. The Reserve Bank of India (RBI)’s revised inflation forecasts and rising commodity prices across the globe continued to weigh on the investor sentiment, said market watchers.

Following a choppy trade, the Sensex settled lower by 482.61 points or 0.81% at 58,964.57 while the Nifty-50 closed at 17,674.95, down 109.40 points or 0.6%. Infosys, HCL Tech, HDFC Bank, and Wipro were among the top contributors to the Sensex’s fall on Monday. “The risk of pick-up in inflation and rise in Covid-19 case in some parts of the world continue to shape market moves. The domestic markets have been stuck in the range of 250 points over the last couple of sessions. Nifty is not being able to hold on to its recovery and is witnessing selling at every bounce,” said Siddhartha Khemka, head of retail research at Motilal Oswal Financial Services. He said the Nifty needs to hold above 17,777 for an upmove towards the 18,000-mark.

Other Asian markets were weak on Monday, as concerns over commodity prices and uncertainty in Europe dampened the investor sentiment. Hang Seng was the worst performer among the Asian markets, falling 3.03%, followed by China’s Shanghai Composite (-2.61%), and Japan’s Nikkei 225 (-0.61%).

Back home, Nifty IT and financials were the top sectoral losers, while Nifty realty and energy sectors rose over 2% and 1%, respectively, in an otherwise volatile session. The broader markets, too, ended with gains, with both the BSE mid-cap and small-cap indices gaining 0.4% each. The overall market breadth, too, favoured the bulls, as out of the 3,685 stocks traded on the BSE, 2,048 stocks advanced. Going forward, analysts expect some volatility in the holiday-shortened week due to Q4 announcements, kicked off by TCS on Monday.