In today’s session, European stock markets opened with sharp cuts after the new strains of the coronavirus reported in the UK 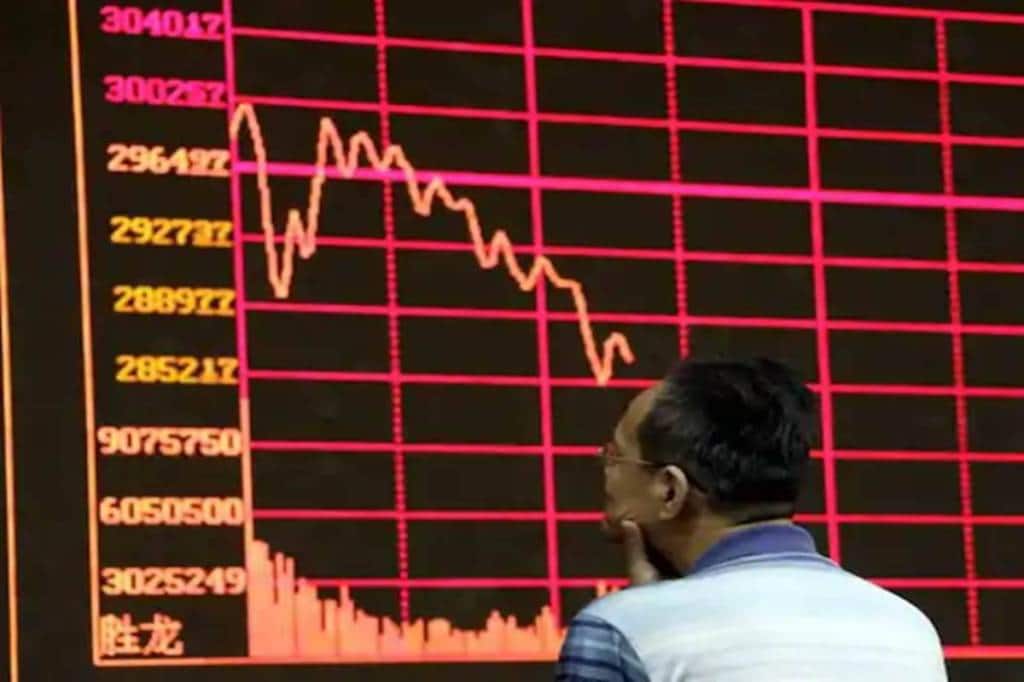 Today, Indian share markets erased the gains made in the last 11 days

Reversing the last 11 days rally, Indian share markets plunged 3 per cent on Monday. BSE Sensex cracked 1,407 points or 3 per cent to end at 45,553.96, level last seen on December 8, 2020. During intraday deals, Sensex tumbled 2,132 points from day’s high to hit 44,923 level. While the broader Nifty 50 index nosedived 432 points or 3.14 per cent to settle at 13,328.40 apiece. All the 30 Sensex constituents ended in the deep sea of red as there were only sellers. A host of factors led to such a fall in the S&P BSE Sensex in the afternoon deals on Monday. In today’s session, European stock markets opened with sharp cuts after the new strains of the coronavirus reported in the UK. Following this, many European countries have temporarily banned flights from the UK.

Apart from this, Vishal Wagh, Head of Research, Bonanza Portfolio Ltd, told Financial Express Online, that this correction was overdue in the market and was trying to find a reason which now it has found. Today’s fall, according to him, is merely profit booking ahead of the new year. Amid concerns over the new coronavirus strain in the United Kingdom (UK), Union Health Minister Harsh Vardhan today said that the government is on high alert and there is no need to panic. Amid intense sell-off, investors witnessed wealth erosion of over Rs 7 lakh crore on Monday. The total market capitalisation of BSE-listed firms plunged to Rs 178 lakh crore from Rs 185 lakh crore on Friday.

‘Markets found a reason for correction’

Rajesh Palviya, Head Technical & Derivatives, Axis Securities, told Financial Express Online that the Nifty 50 index continued to move in a Lower Top and Lower Bottom formation on the hourly chart indicating negative bias. “The chart pattern suggests that if Nifty crosses and sustains above 13400 level it would witness buying which would lead the index towards 13500-13600 levels. However, if the index breaks below 13200 level it would witness selling which would take the index towards 13100-13000. Nifty continues to remain in an uptrend in the medium and long term, so buying on dips continues to be our preferred strategy.

Today, Indian share markets erased the gains made in the last 11 days. Shrikant Chouhan, Executive Vice President, Equity Technical Research at Kotak Securities, said that since the market formed a higher bottom at 12790 on 26th of November, the market has never given any decisive candlestick pattern on daily basis. Even though the trend of upward and gained 1000 points in 15 days Nifty made multiple indecisive candles in between. The same indecisiveness finally resulted in today’s vertical fall. “It’s a bearish reversal formation in the short term. Nifty could slide to either 13000 levels, where it has support as per Options data or 12500, which was the highest of the previous up-move (all-time highest levels on Nifty till January 2020). On the higher side, 13400/13500 would be a hurdle zone,” Shrikant Chouhan said.