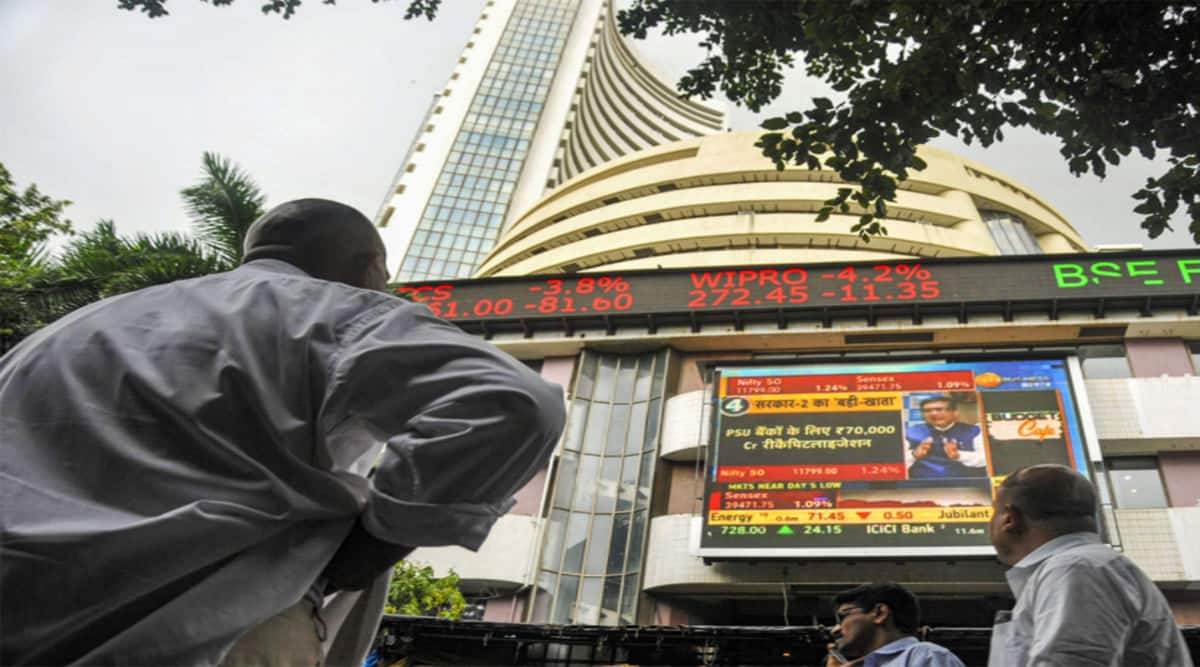 Short-term trend of Nifty remains negative, according to analysts. Stocks, on the other hand, are offering opportunities on both sides

Despite making a good comeback in early morning deals, bulls failed to maintain their dominance on Dalal street as Indian benchmark indices erased majority of the intraday gains and ended flat in the highly volatile session. While BSE Sensex closed 33.20 points or 0.06% higher at 55,702.23, NSE Nifty 50 settled 5.10 points or 0.03% up at 16,682.70. Among sectors, power, capital goods and IT indices rose 1-2% each. However, realty, FMCG and pharma indices fell 0.5-1.5%. In broader markets, BSE midcap and smallcap indices ended marginally lower. Short-term trend of Nifty remains negative, according to analysts. Stocks, on the other hand, are offering opportunities on both sides so traders should align their positions accordingly, they said.

“The benchmark Nifty failed to give any decisive move as it remained within the previous day’s range. On the daily chart, Nifty has formed an inside-day bar, suggesting indecisiveness. The daily RSI is in bearish crossover. The trend remains weak; at the lower end, support is seen at 16600, whereas resistance is visible at 16950-17000”

“Technically, Nifty has formed a bearish candle on the daily chart marginally lower to yesterday’s close suggesting more weakness are in the line. Indicators such as MACD , RSI still remain on the weak side. 200 simple daily moving averages would be acting as resistance in coming days. Even hourly charts suggest no major pullback expected till 16950 levels are taken off. Investors and traders are advised to work with option strategies to neutralize the volatility. Coming to the OI Data, on the call side highest OI witnessed at 17000 followed by 16900 strike price while on the put side, the highest OI was at 16500 followed by 16400 strike price. On the other hand, Bank nifty has support at 34500 levels while resistance at 36200 levels.”

“Markets settled almost unchanged in a volatile trading session, taking a breather after the sharp decline. The tone was upbeat in the beginning, in reaction to the US Fed meeting outcome, which came in line with the market expectations. However, the gains fizzled out as the session progressed and the Nifty finally settled around the day’s low to close at 16,682 levels. With all the major events behind us, the focus would return to earnings and upcoming macroeconomic data. We reiterate our bearish bias in Nifty and suggest continuing with the “sell on rise” approach. Stocks, on the other hand, are offering opportunities on both sides so traders should align their positions accordingly.”

“Markets erased most of its early gains due to profit taking in realty stocks, pharma and PSU banking stocks. The early momentum failed to sustain as investors turned risk averse amid worries of high inflation and prospects of more rate cuts that will slow growth going ahead. Another factor is investors are pulling out funds from secondary markets and infusing in the ongoing LIC IPO. Technically, after a sharp fall, the Nifty has formed inside a bearish candle and is also holding lower top formation on intraday charts, indicating further correction from the current levels. As long as the index is trading below 16850, the correction wave is likely to continue and below the same the Nifty could touch the level of 16600-16500. On the flip side, 16800 and 16850 would act as immediate hurdles. Above 16850, the market could hit the level of 16950.”