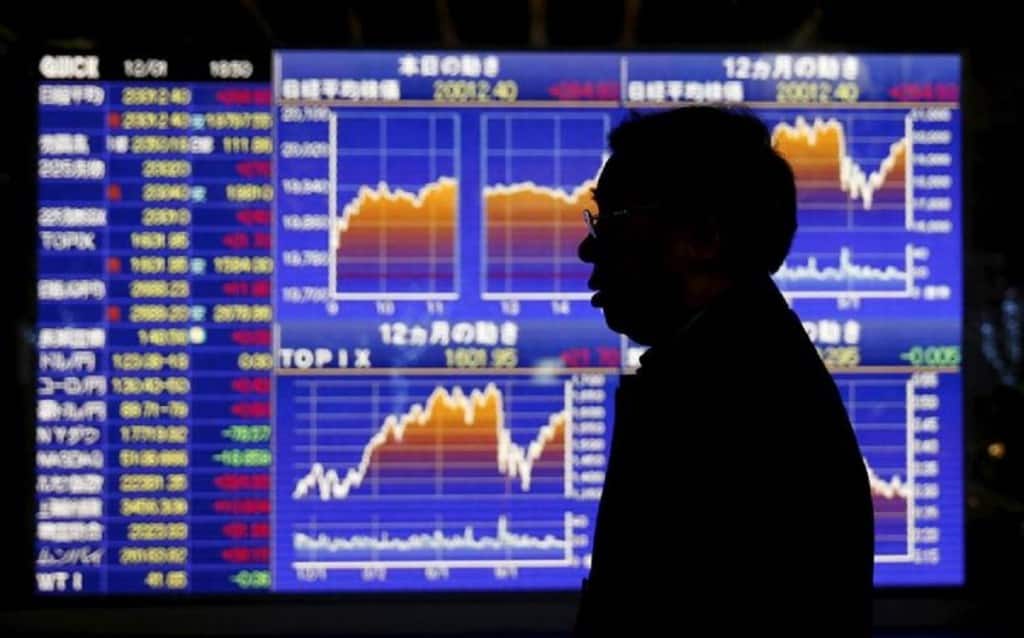 Among top gainers on BSE Sensex were Power Grid, up 6%, followed by ONGC’s 5% jump and NTPC. (Image: REUTERS)

After having reached fresh all-time highs, Sensex and Nifty retreated and closed the day’s trade in the red. S&P BSE Sensex ended 50 points lower at 52,104 while the broader 50-stock NSE Nifty closed at 15,313. Broader markets gained, outperforming the benchmarks. Nifty Midcap 50 jumped 0.38% and the Smallcap 50 gained 0.40%. Among top gainers on BSE Sensex were Power Grid, up 6%, followed by ONGC’s 5% jump and NTPC. Axis Bank and ICICI Bank were among the drags.

“It is an overextended market and traders need to be careful when adding long positions at high levels. We must be optimistic but cautiously. According to the Japanese candlestick theory, there is continuity in the market today. The market has fallen to the lowest level of the previous day but due to the unusual strength in the market, it has turned into a buying opportunity for short-term traders. On Wednesday, the Nifty and the Sensex could show gains up to the 15400/52400 level and further bullishness above the 15450/52500 levels. On the downside, the 15240/51850 level would provide major support and dismissing it would lead to short-term weakness in the market.”

“Market, though volatile, kept its momentum during the morning hours, however, failing to hold on to it due to a weak opening of European markets. The downfall was aggravated by private banks, IT and FMCG stocks while mid and small caps continued their outperformance. The Indian market has been absorbing the global trend these days and we expect that to continue due to the lack of any major domestic event.”

“While the closing today may not be reflective of the day’s action, the street went berserk on Metals & Public Sector Enterprises. Despite bouts of profit booking throughout the day, the resurgence of corporate earnings coupled with continued FPI flows kept the bullish undertone intact.”

“The price action is not particularly bearish though we have seen a red candle. Small real body with long shadows suggests indecision. With a low of last two days established at 15,250, this is a great support level and if Nifty breaks below this we could see a couple of days of decline towards 15,000-15,100. On the higher side resistance is now established at 15,430 and once nifty moves above this 15,500-15,550 is a possibility. Any long trades should be protected with a stop below 15,250-15,225.”

“With today’s small correction, still, there is no weakness visible on charts; but we continue to remain cautious and advise against creating aggressive longs now. For the coming session, 15380 – 15430 remains to be a key resistance; whereas on the lower side, further weakness is possible after breaking below 15240. In this scenario, 15175 – 15100 can be retested. Traders are advised to keep a close eye on the above-mentioned levels and should ideally stay light on positions. Yesterday’s charioteer banking space cooled off a bit today along with some of the other heavyweight pockets. However, the day clearly belongs to some of the ‘Power’ stocks and ‘PSU’ names, who had a smart move throughout the session.”

“Markets ended almost unchanged in a range-bound session as participants chose to book some profits off the table. Markets are rewarding handsomely to those who are spending time on the selection of stocks and we expect this trend to continue. Also, we’re seeing buying interest across the board but on a rotational basis. Traders should align their positions accordingly and keep a close watch on global indices for cues.”