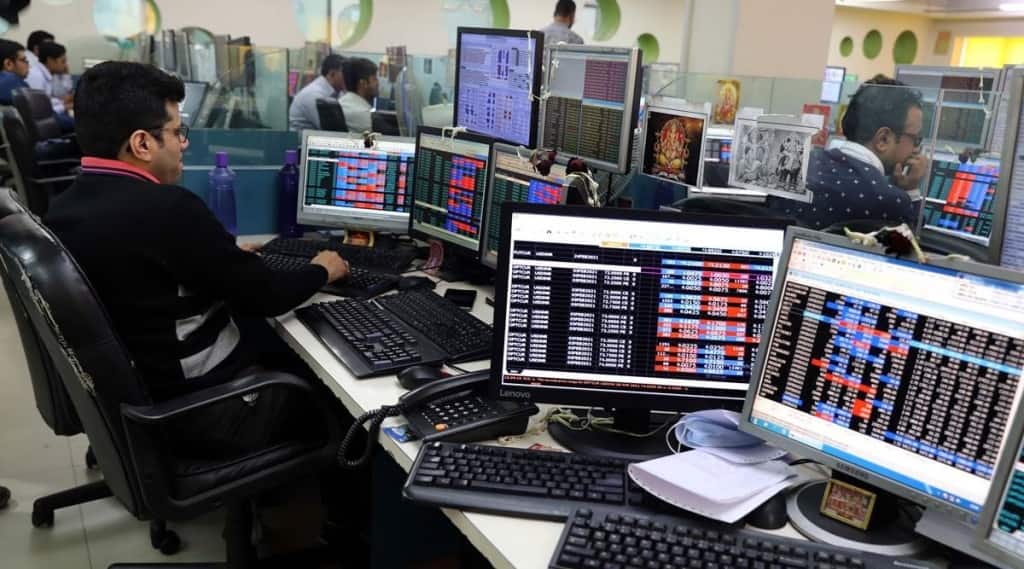 The market is currently trading at premium valuations, a slowing earnings growth will impact market sentiment.

Indian benchmark indices ended lower in the volatile session amid weak global cues. BSE Sensex fell over 200 points to close at 62,410 and NSE Nifty 50 index settled at 18,560. Markets turned volatile after the Reserve Bank of India (RBI) hiked repo rate by 35 basis points to 6.25%. In the broader markets, the BSE MidCap and SmallCap indices fell up to 0.56%. “As the economy deals with the global headwinds, the RBI has become more realistic, lowering FY23 GDP growth forecast from 7% to 6.8%. The focus remains on fighting inflation which will lead to increase in interest rates in future. Along with a global slowdown corporate earnings forecast for H2FY23 & FY24 can downgrade. The market is currently trading at premium valuations, a slowing earnings growth will impact market sentiment,” said Vinod Nair, Head of Research, Geojit Financial,

Markets extended losses for the 4th straight session as investors dumped Realty and Automobile stocks, on worries that higher EMI outgo post the RBI’s repo rate hike could dent demand going ahead. Although the rate hike came on expected lines, the RBI showed no signs of letting off in its fight against inflation, raising concerns that more hikes could be in the offing going ahead which would hurt growth. Technically, on intraday charts, the Nifty is still holding a lower top formation and also formed a small bearish candle on daily charts which is broadly negative. For traders, as long as the index is trading below 18,650 the correction wave is likely to continue. Below the same, the index could slip till 18,500-18,425. On the other hand, above 18,650 the index could move up to 18,750-18,800.

Our domestic market plunged post the announcement of the rate hike by the RBI Governor, which was majorly in line with the market expectations. Technically speaking, a sign of timidness is evident as there is no cue of follow-up buying in the index to levitate the sentiments. The recent developments construe a motion of tentativeness among the market participants as Nifty plunged to test the critical support zone. However, till the sacrosanct of 18,500 is withheld, the view of buy on dip and sell on rise remains unscathed. The lack of firm buying is the only worrisome, signifying the indecisiveness among the bulls to retract the market. On the higher end, a decisive closure above 18,700 could only bring some cheer back into the market, and then we may expect the northward journey to continue. Meanwhile, any breach below 18,500 could dampen the sentiments further and Nifty could plunge towards the next support of 18,400.

Going forward, the market is likely to remain in a slender range. We reiterate to keep a close tab on the mentioned levels. Also, one should continue with the stock-specific approach, as even though the indices may not be doing much, the individual stocks are not at all short of action. Also, one should stay abreast with global developments.

Nifty closed lower for the second consecutive session on Dec 07 after RBI monetary policy committee’s decision to hike interest rates by 35 bps to 6.25%. Nifty after rising in the first hour of trade, fell making lower tops lower bottoms through the day. It closed 0.44% or 82.25 points lower at 18560.5. Broad market indices fell in line with the Nifty even as advance decline ratio ended at 0.65:1. World stocks eased on Wednesday after a  chorus of Wall Street bankers warned about a likely recession ahead, tempering optimism about China’s major shift in its tough zero-COVID policy. Poor China trade data for November also did not help matters. Nifty is now headed towards 18442 in the near term. On upmoves 18591 could offer resistance