The Securities Appellate Tribunal (SAT) has rapped the Securities and Exchange Board of India (Sebi) at least half a dozen times over the last three months. 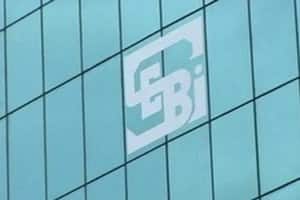 The rules were brought in to encourage Indian start-ups and entrepreneurs to remain within the country rather than go overseas for raising funds. (Reuters)

The Securities Appellate Tribunal (SAT) has rapped the Securities and Exchange Board of India (Sebi) at least half a dozen times over the last three months. The capital markets regulator has been told off for lapses in the investigation procedures as also the lack of uniformity in judgments.

Just last week, the appellate authority described the manner in which whole-time members (WTM) of Sebi handled an order passed by it as “shoddy”. The remarks came while SAT was passing an order in the matter of Adventz Finance vs Sebi.

As a penalty, SAT asked the markets regulator to pay R1 lakh to the appellant within a week. “Since we are distressed with the manner in which the WTM of Sebi has discharged his quasi-judicial duties which is highly detrimental to the interests of the securities market, we direct the registry to forward a copy of this order to the Finance Minister and also to the Chairman of Sebi for information,” the tribunal wrote in the order.

In May, SAT had pulled up Sebi for defending the conflicting orders passed by the regulator’s adjudicating officers (AOs) in the case of Rajesh Service Centre vs Sebi.

Earlier this year, SAT had criticised Sebi for the lack of uniformity in actions taken in similar offences by different market participants. For instance, it had denied Almondz Global Securities an application for renewal of registration as a merchant banker since there was an investigation pending against the firm.

However, SAT observed in its judgement that the regulator had not suspended bigger merchant bankers like Axis Capital, Edelweiss, Keynote Capital and SBI Capital from taking up any future assignments even though similar violations by them were being investigation by Sebi.

“It is indeed saddening to note that there is no consistency in the orders passed by Sebi in terms of the punishment imposed upon Merchant Bankers for their misconduct. The punishments range from just a warning or token punishment for a day to the imposition of a fine of Rs 1 crore,” SAT ruled.

In the matter of RM Shares vs Sebi, SAT said, “Sebi being market regulator of the securities market, Adjudicating Officers’ of Sebi cannot afford to pass adjudication orders in each case depending upon the whims and fancies of each Adjudicating Officer.” The tribunal observed that if every AO passed independent orders without considering decisions taken by their colleagues in similar sets of circumstances, there would be complete chaos and total lawlessness.