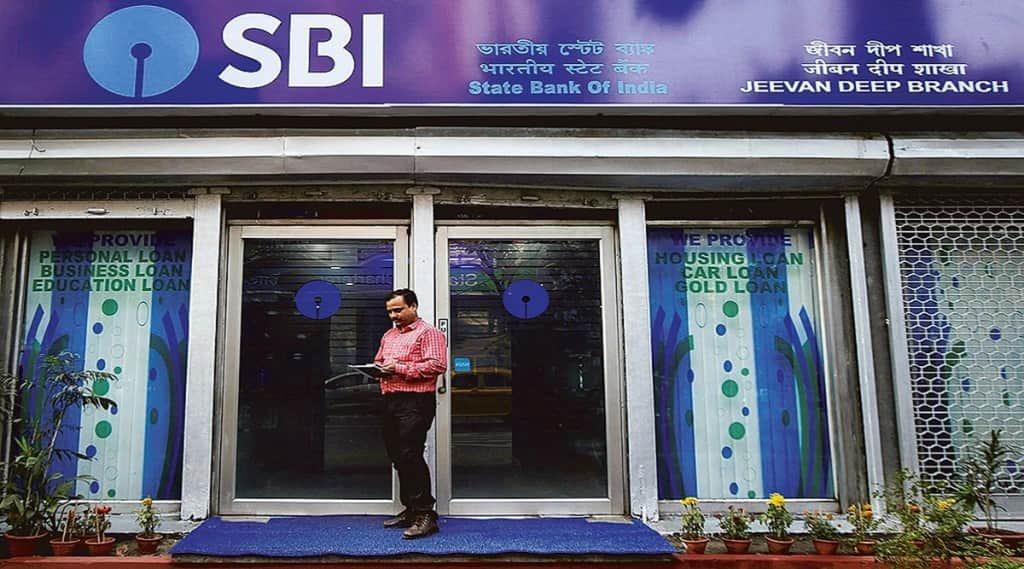 State Bank of India (SBI) share price dropped 2.8% on Monday morning as investors reacted to the lender’s April-June quarter earnings. SBI had reported a 6.7% on-year drop in net profit to Rs 6,068 crore on Saturday, missing street estimates owing to lower NIMs. Analysts further highlighted that SBI’s other income was impacted significantly due to MTM losses during the quarter. After disappointing earnings, domestic brokerage firm Edelweiss has downgraded the stock to ‘Hold’ and also cut its target price. However, not everyone is turning bearish on the stock with analysts at Kotak Securities and LKP still advising investors to buy the stock. SBI share price was trading at Rs 515 per share.

The lender’s Gross Non-Performing Assets for the quarter fell to 3.91 per cent from 5.32 per cent in the first quarter of last year. Net NPAs came in at 1%. Fresh slippages increased to Rs 9740 crore from Rs 2845 crore in the January-March period. Thus, the slippage ratio was at 1.38%. Net Interest Income for SBI clocked in at Rs 31,196 crore, up 12.9% from the previous year. Provisions were lower at Rs 4,392 crore a sharp 56% drop from the year-ago period.

Also Read: Buy these 2 stocks for gains while Nifty may correct after strong up-move; support at 17100-16900

Kotak Securities has pinned the blame of lower profits on high treasury losses while they remain bullish on the largest public sector lender. “The bank has navigated the first quarter, which usually has the highest slippages, exceptionally well. Loan growth has recovered, costs are under control and provisions are likely to head even lower, positioning the bank well to deliver >15% RoE in the medium term,” the brokerage firm said.

Analysts at Kotak Securities added that it is exceptionally hard to break the investment thesis at this stage of the cycle for the bank. “ Loan growth has been strong and broad-based but is harder to build a strong view in the current economic backdrop. Unlike private banks, we don’t see SBI operating at high NIM. We see them at closer to current levels with some tailwinds coming from recent hikes in repo rate but would eventually be offset with higher deposit rates,” they said while adding that an investor of the bank has very less to be worried about. Kotak’s fair value would see SBI stock rally 36%.

The brokerage firm has downgraded the stock owing to soft earnings of SBI. “While NIM would improve QoQ, it has been rebased to a lower base. We forecast RoA would stay below 1% through FY24E,” they added. Edelweiss has cut FY23E/FY24E earnings by 1%/7% for State Bank of India. Analysts are also projecting a 15–17% downside to their EPS for FY23E if the bank does not sell a stake in one of its subsidiaries. “We have currently built in a low net MTM loss for FY23E assuming it would be offset by monetisation of other stakes,” they added.

SBI’s NIM decline, according to the bank, was a one-off tax refund. “We believe loan growth has peaked. While NIM would improve from current levels, it has been reset to a lower base following the miss in Q1FY23, leading to a cut in our full-year NIM forecast,” Edelweiss said, Their target price still implies 15% upside.

LKP Securities said that SBI’s quarterly earnings were in line with their estimates. “With improving operating environment, ample contingent buffer and strong growth outlook, we believe the ROE target of 15% is achievable in mid-run. Therefore, we recommend BUY with a target price of Rs 642 per share,” said LKP Securities. The brokerage firm values SBI standalone PBV of 1.3xFY24E Adj. BVPS of Rs 379 and value of subsidiaries per share at Rs 149.

Analysts at ICICI Direct too said that treasury loss of Rs 6,550 crore earnings were impacted. “Due to MTM impact PPOP de grew 32.8% YoY. However, excluding MTM impact PPOP grew 14.4% YoY,” analysts noted. “SBI’s share price has surged over 1.8x in the past five years. We believe overall strength in lending franchise, provision buffers and healthy guidance are positives. Improving return ratios with RoE at ~12% and RoA at ~0.7- 0.8%, offers long-term comfort on the stock,” they added. The target price has been increased to Rs 615 per share from Rs 605 earlier.