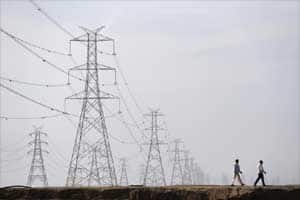 The one-member committee of former DERC chief Berjinder Singh called for "action for removal of the chairman and members who were parties to the tariff orders passed in the years 2011 to 2013. (Reuters)

A sale of shares in India’s state-run Rural Electrification Corp Ltd worth up to $250 million has been subscribed nearly two-and-a-half times, at an indicative price of over 316 rupees each, exchange data showed.

The share sale is part of New Delhi’s plan to raise about $11.1 billion through asset sales during the current financial year ending March 2016. The asset sales are crucial to meet a fiscal deficit target of 3.9 percent of GDP for 2015/16 financial year.

The government has missed its divestment target for the past five years. A shortfall in receipts from stake sales and taxes has led to cuts in public spending of about $48 billion in the past three years, slowing economic recovery.

“Given the positive response and sentiment from both global and domestic investors there should be good appetite for quality issues if valuations are attractive,” said Navneet Munot, chief investment officer of SBI Funds Management.

The floor price of 315 rupees a share implies an inexpensive valuation of less than 1 time of FY17 book value, which is an attractive entry point for long-term investors, broker Indiainfoline wrote in a note to clients on Wednesday.

The government, which earlier owned a 65.6 percent stake in the company, primarily engaged in the financing of power projects, had said it would sell a 5 percent stake through an auction.