Rupee’s hidden rhythm! Is there a method to madness in Indian currency’s movement?

Now, with the economic recovery finally taking hold on early signs of investment revival, strangely, instead of strengthening, one witness a ruinous run on the rupee. That much for fundamentals in the real world. 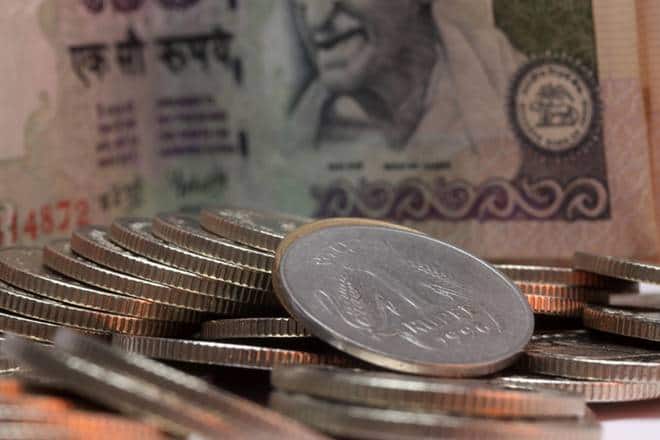 Financial markets are a rare breed. They thrive on excesses. The last thing they understand is moderation. They undershoot and overshoot, but never right-shoots at sane levels. Smooth adjustments are rare. Long-term adjustments occur, but in a very disorderly fashion. This applies to all financial assets that are traded in the markets, esp. the ones with speculative bells and whistles in the form of futures and options. The rupee is no exception to this riveting theatrics. Let us explore if there is any order behind the recent disorderly movement of the rupee by tracking its long-term movement and trying to decipher the underlying pattern that may be playing behind the baffling run on the rupee.

It is common knowledge that the currency movements have to track the relative inflation between the underlying countries. The currency of the country where inflation is higher has to fall to adjust for the inflation gap to keep the purchase power parity intact. The rationale for this is simple as can be seen in the below illustration. Let us assume that USD 1 buys 10 units of goods worth Rs 100. Assuming an inflation of 5% in India, the same 10 units will be worth Rs 105 in the next year. If the inflation is around 2% in the US, to keep the same purchase power parity, one would need $1.02 to buy the same 10 units, now worth Rs 105, which effectively translates to Rs 103 for a dollar. As can be inferred, the value of the rupee has fallen by 3% which is the difference between the assumed inflation between the countries. It is straight and simple thus far. The complexity comes when it gets augmented with the animal spirits of the speculative markets.

The academic world expects the adjustment in the currency to happen methodically year-after-year in a linear fashion as dictated by the relative inflationary difference. But the real world is all about irrationality and inefficiencies. More than fundamentals, cross-country flows in the form of carrying trade dictate the currency movements. They distort the supply-demand dynamics in such a fashion that it can skew currency movements to crazy levels. Much of the times, they can trade far away from their fair values for far too long when the underlying countries get consumed by the carry trade flows.

Adjustments to fair value do happen, but abruptly in a disorderly fashion, mostly when the carry-trade reverses. In India’s case, what is funny is, when the economy was lacklustre for the last three years, the rupee was raring to go. It was trading at artificially higher levels because of surging FII flows into debt and equity markets, even though on inflationary dynamics, it should have been trading weaker against the dollar.

But, now with the economic recovery finally taking hold on early signs of investment revival, strangely, instead of strengthening, one witness a ruinous run on the rupee. That much for fundamentals in the real world.

Sometimes one wonders why market participants are so fixated on levels such as 70 or 75 as if once the level is broken, all hell will break loose. Initially, the panic was about 70 level. Now that it has come and gone, the next level they are glued on to is 75. Going beyond the fixation on levels, is it a cause for worry if rupee breaks the next level. Going by the relative inflationary data, it shouldn’t be, as it will be still above its fair value, though a lot of catch up has happened in the last couple of months. Again, looking at the below exhibit, the relative inflation data on a compounded basis over last 11 years works out to 6.4% which means even if the rupee breaks 75 level, it will still be trading above fair value based on this inflationary model.

Where will it settle?

This is an interesting question and there are no easy answers. Though, at the current level of 74.20+, it is closer to fair value,, one can’t rule out under-shooting to much lower level in the short-term as markets always do such manic moves, however irrational it could be. More so, with crude flirting around $80 level and money still rushing out of Emerging Markets (FII outflows from EMs). But in the medium term, one doesn’t see a case for the rupee to trade at much lower levels given the strong likelihood of resumption of carry trade over time, as happened in the earlier EM cycles in the past i.e. 2002, 2008 and 2013 etc. In all likelihood, given the strong tendency of the market to overshoot, it might even surprise on the upside when the EM tide turns, not immediately though. When that happens, the reversal will not be limited to only to the rupee, it might even have a positive rub off on the bond market has given the deflationary impact, the FII debt inflows will have on the ten years Gsec.

More importantly, MPC’s (Monetary Policy Committee) single-minded focus on inflation-control augurs well for the future of rupee as the current administration’s MPC reform is likely to structurally alter the gliding path for inflation at a much lower level in the coming years compared to last decade. As a result, the relative inflation between US and India might even come down to sub-3% in future (from 6.4%+ in the last decade as can be seen in the chart). Early signs of such a structural change are already visible with India’s inflation measured in CPI terms contained at sub-5% level for a reasonable time now. This relative inflationary trajectory, when sustained, can give a huge fillip to the future outlook for the rupee. Watch out for interesting times!!

The author is Founder CEO and Fund Manager at TrustLine Holdings