The rupee is expected to depreciate on strong dollar and surge in crude oil prices. Further, investors fear the Fed may respond more aggressively to tame stubbornly high inflation than previously anticipated. 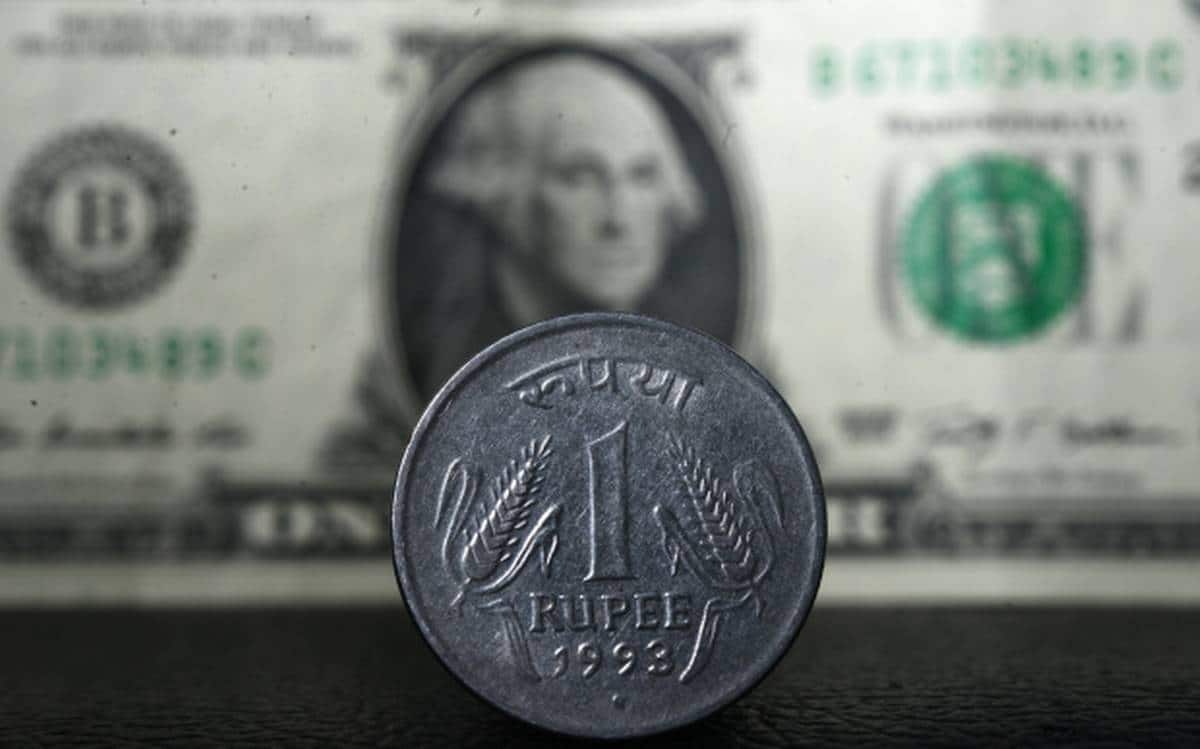 The rupee weakened on Thursday to close at 74.42 (provisional) against the US dollar, tracking the strength of US greenback in the overseas market after hawkish US Fed minutes which suggested that the central bank could raise interest rates sooner than expected. At the interbank foreign exchange market, the local unit opened weak at 74.44 and witnessed an intra-day high of 74.32 and a low of 74.51 against the US dollar before settling 4 paise down over its previous close at 74.42 against the US dollar. The dollar index, which gauges the US greenback’s strength against a basket of six currencies, was trading 0.05 per cent up at 96.22.

The US dollar advanced 0.15% on Thursday amid a surge in US treasury yields and hawkish statements from US Fed officials. Officials feel that the Fed should hike rates sooner to fight stubbornly high inflation. Rupee future maturing on January 27 depreciated by 0.08% on a strong dollar and surge in crude oil prices. Further, the rupee slipped on weak domestic markets and FII outflows.

The rupee is expected to depreciate on strong dollar and surge in crude oil prices. Further, investors fear the Fed may respond more aggressively to tame stubbornly high inflation than previously anticipated, which may prompt foreign investors to pump out liquidity from emerging markets. Additionally, market participants will remain vigilant ahead of jobs data from the US.

Rupee continued to consolidate in a narrow range but volatility within the range remained elevated after FOMC meeting minutes released earlier this week came in hawkish.  Yesterday, the dollar took a breather after rallying to the highest level of 14-months after riding the tailwind of minutes from the Federal Reserve’s December policy meeting which bolstered expectations of a U.S. rate hike as early as March. The meeting minutes showed officials had discussed shrinking the Fed’s overall asset holdings as well as raising interest rates sooner than expected to fight inflation. Data released from the US showed the number of Americans filing new claims for unemployment benefits unexpectedly rose last week as soaring COVID-19 infections disrupted activity at businesses.

On the other hand, gains for the greenback were capped after services PMI for December fell to 62 as compared to expectation of 67. Today, focus will be on the non-farm payrolls data that will be released from the US. Expectation is that the number could come in better-than previous month despite concerns over spread of omicron variant cases in the US.  We expect the USDINR pair to trade with a positive bias and quote in the range of 74.20 and 74.80.

Today, the USDINR pair is expected to open around 74.40 levels and is expected to trade in the range of 74.20 to 74.70 with an upside bias. Globally, the US dollar index has been steady despite hawkish-fed minutes and the flattening of the US yield curve. However, today’s official job report will be watchful for further guidance on the number of rate hikes for 2022. The recently released private payroll data was seen jumping sharply higher above 800K. Any figure near this would surely help DXY to retest its previous high of 96.90 levels. And that could be negative for the EM FX.

Domestically, equities could be seen trading marginally higher, following recovery in the Asian market. After investing for the first three days of the year, FII finally turned bearish on the Indian stocks. Yesterday, they sold almost Rs 1900 crore worth of Indian stocks. That apart, oil prices regain soaring on escalating unrest in OPEC plus’ 9th biggest oil producer Kazakhstan and supply disruption in Libya. Higher oil prices are further adding fuel into the yield rally. The US 10 year benchmark yield inched higher to test its higher level in 9 months (1.75%).

Short-term yields-1, 2, 3 and 5-year yields were seen trading at the highest level since the start of the Pandemic. The market has started discounting for the four rate hike by the Fed and that could be a big positive thing for the DXY and hence USDINR could also start moving higher in the near term. Till the time flow stories are hitting the table, we could see the USDINR pair hovering near the bottom of the 74.10-74.30 zone. Once this recedes, a sharp jump towards 75-75.20 cannot be ruled out easily. Overall, the short term bias for the USDINR pair remains bullish.

More Stories on
Indian rupeeRupee vs us dollar
Next Story
Analyst Corner: Upgrade JSPL to ‘add’ with revised TP of Rs 433