Rupee to depreciate on firm dollar, risk aversion in global markets; USDINR paid to trade in this range

The rupee is expected to depreciate today amid firm dollar and risk aversion in the global markets. Further, the rupee may slip on elevated crude oil prices and persistent FII outflows. 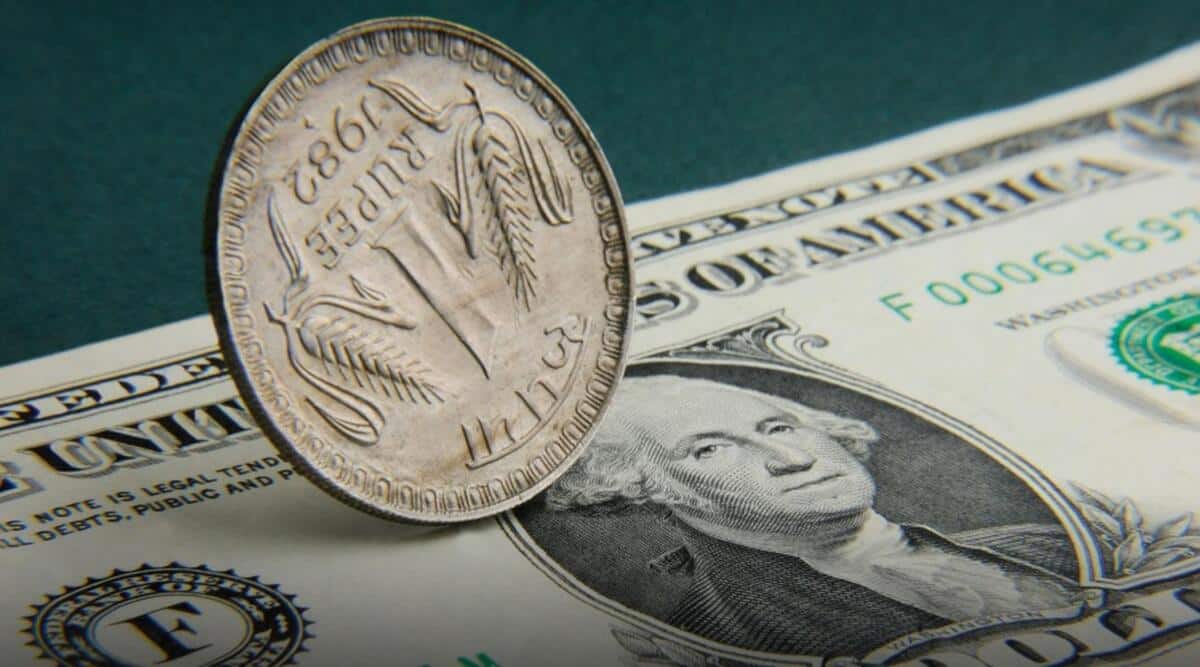 The Indian rupee on Thursday slipped 7 paise to close at 74.51 (provisional) against the US dollar, tracking a correction in domestic equity market. Sustained foreign fund outflows and elevated crude oil prices weighed on the local unit as investors remained cautious ahead of the US Federal Reserve’s meeting due next week. At the interbank foreign exchange market, the local currency opened at 74.43 against the US greenback and witnessed an intra-day high of 74.29 and a low of 74.53 before finally settling at 74.51, down 7 paise over its previous close of 74.44.The dollar index, which gauges the greenback’s strength against a basket of six currencies, was trading 0.02 per cent up at 95.53.

Rupee to depreciate on firm US dollar: ICICI Direct

“The US dollar advanced by 0.23% yesterday amid a decline in US stocks market and as investors prepared themselves for possibility of early rate hike. Market participants fear that a rate hike will lead to higher borrowing cost that could dent global growth prospects. Meanwhile, mixed batch of economic data capped further upside in dollar. Rupee future maturing on January 27 depreciated by 0.08% amid weak domestic markets and FII outflows. Additionally, rising crude oil prices renewed fears of inflation and higher interest rates.”

“The rupee is expected to depreciate today amid firm dollar and risk aversion in the global markets. Market sentiments were hurt on fears over monetary tightening across major countries in globe and slowing economic growth. Further, the rupee may slip on elevated crude oil prices and persistent FII outflows.”

“Rupee continued to quote in a narrow range and volatility remained low despite weakness in domestic equities. Dollar is getting support at lower levels as US treasury yields rose following expectation of rate hike by the Fed in its March meeting. Earlier this week, US treasury yields rose to fresh two-year highs of 1.9% but retraced from its intraday highs. While yields are softer, they’re still at elevated levels, and the dollar continues to draw support ahead of next week’s Fed meeting.”

“The benchmark yield’s advance has been driven by market expectations that the U.S. Federal reserve will tighten monetary policy at a faster pace than previously anticipated. Yesterday, from the US, Philly Fed manufacturing index came in better-than-estimates and that too helped the dollar extend gains. We expect the USDINR(Spot) pair to trade with a positive bias and quote in the range of 74.20 and 74.80.”

“Increased oil prices sour the rupee’s prospects by putting upward pressure on India’s current account deficit and raising the probability of inflation rising. On January 26, the US Federal Open Market Committee will release the details of its upcoming monetary policy statement. Corporate flows pushed the dollar/ rupee down to 74.38/$1 level Wednesday, with some purchasing from oil corporations and nationalized banks.”