The Korean won, the offshore Chinese yuan, the Thai baht and the Indonesian rupiah were all down anywhere between 0.5- 1.2%. 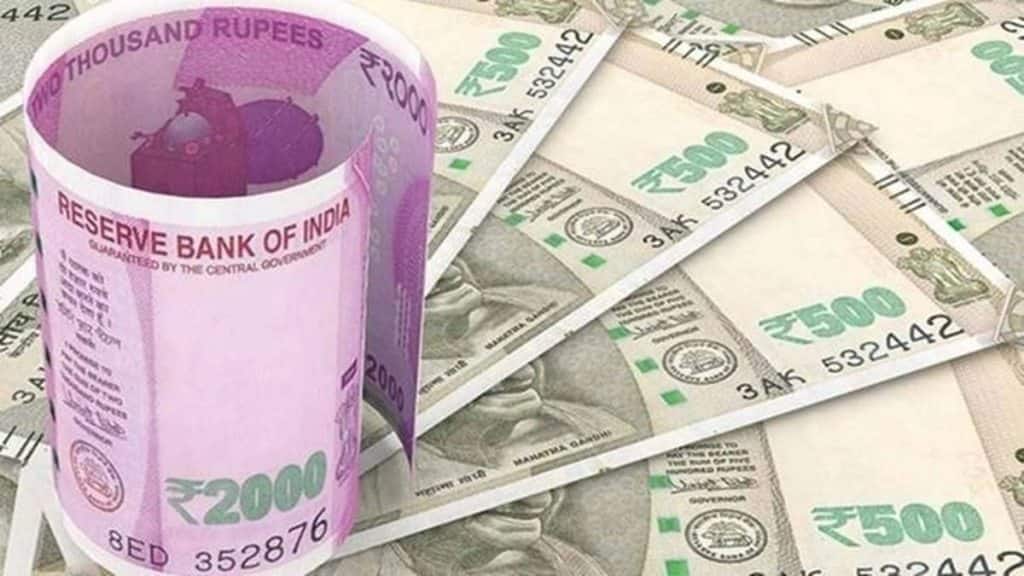 The more-than-expected hawkish commentary and the prospect of bigger rate hikes spooked the markets.

The rupee on Wednesday sank to a record low of 81.95 against the dollar amidst a relentless surge in the greenback and a sharp rise in the US treasury yields. The domestic currency closed the session at 81.90, down 37 paise over Tuesday’s close.

With the greenback continuing to strengthen, most Asian currencies were under pressure, especially the offshore Chinese yuan, which lost more value than the rupee. Given India’s large trade deficit with China, the relatively faster depreciation of the yuan is a cause for concern. The Korean won, the offshore Chinese yuan, the Thai baht and the Indonesian rupiah were all down anywhere between 0.5- 1.2%.

The dollar index, which measures the value of the greenback against a basket of six currencies, strengthened to near 115 levels and, according to current watchers, could gain further. The dollar index was trading at 114.78, a new twenty-year high. Last week, the US Federal Reserve hiked interest rates by 75 bps for the third consecutive time with chairman Jerome Powell saying that the central bank officials are “strongly resolved” to bringing down inflation. The more-than-expected hawkish commentary and the prospect of bigger rate hikes spooked the markets.

Amid the rising dollar, the yield on the 10-year US Treasury was ruling above 4.01%, levels not seen since October 2008. The yields are up 80 basis points in September so far. News agencies reported that the 30-year yield in the UK had risen to highest since 1998 amid debt sale.

The local currency markets remain anxious about India’s widening current account deficit (CAD) and foreign funds outflows from the equities market. The weak sentiment saw the Indian currency slip to 81.95 in intra-day trades. The Reserve Bank of India (RBI) is understood to have intervened in the markets, dealers said, adding the dollar sales helped the rupee close above the 82-mark.

Typically, at the end of the month, oil companies are in the market to buy dollars.

Meanwhile, ahead of the RBI’s announcement on the monetary policy review on Friday, the yield on the ten-year bond closed at 7.334%, up 4 bps from previous close of 7.293%. While the bond markets have priced in a hike in the repo rate of 50 basis points, the rise in yields suggests the markets believe the terminal rate could be higher than earlier anticipated. The OIS (Overnight Index Swap) markets are pricing in a terminal rate of 6.8%.

Most economists expect a terminal repo rate of over 6% with some penciling in a level of 6.5%. The repo is currently at 5.4%. Rising yields are a worry for banks, which hold large bond portfolios, as they would incur mark-to-market losses.