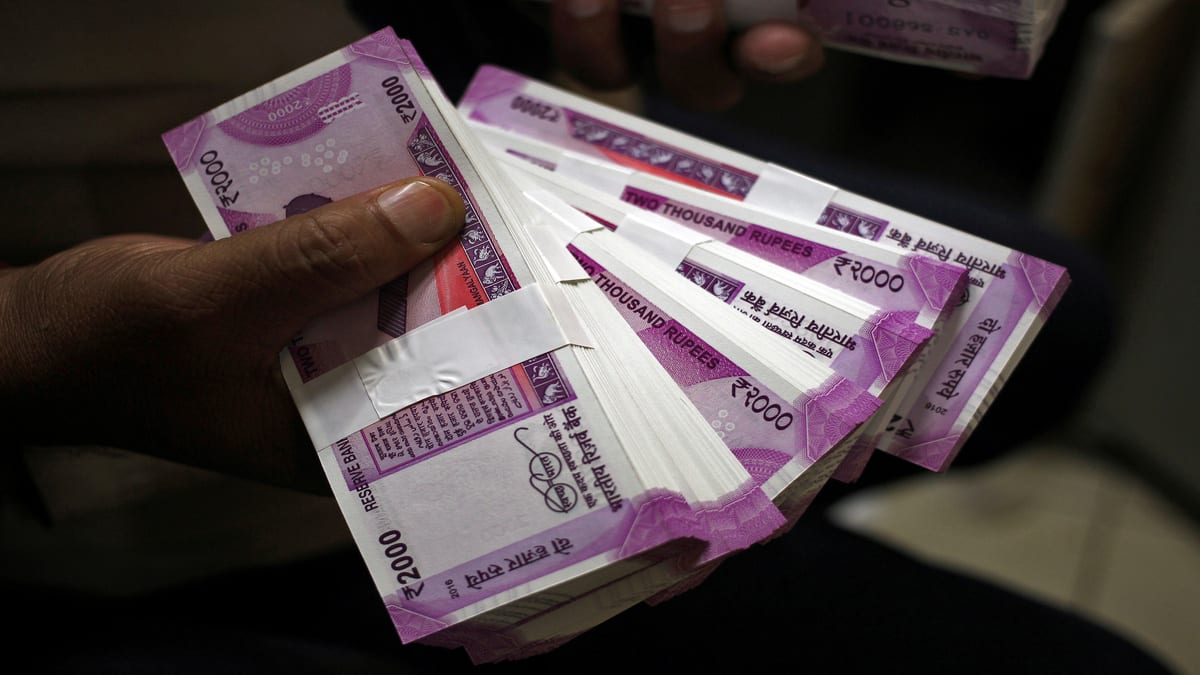 In the light of abundant foreign exchange reserves and strong performance of rupee vis-a-vis its global peers, rupee’s depreciation beyond Rs 78 per US dollar in 2022 is unlikely. “The rupee is likely to face resistance near 78 level and strengthen back to 72 levels in coming months as India seems to be in a better position to withstand any major shock from monetary tightening,” according to a report from ICICI Direct Research.

In its outlook for the Indian currency market, ICICI Direct said that unlike 2013 when the rupee had depreciated drastically after the U.S. Fed announced monetary tightening, India currently holds the fourth largest forex reserve and surplus BOP. In this circumstance, the rupee has better footing to handle volatility induced by the US Fed tapering.

India’s forex reserves are equal to about 12 months of import cover, the report pointed. “Further, with stability in oil prices and import cover of more than 10 months, the rupee should have enough cushion to withstand external shocks,” the report added.

In the latest update from the RBI, India’s total foreign exchange reserves are at $635.08 billion as on December 24, 2021. India’s current account balance recorded a deficit of $9.6 billion in second quarter as against a surplus of $6.6 billion in first quarter, the central bank said that the deficit was mainly due to widening of trade deficit in the preceding quarter and an increase in net outgo of investment income.

Brokerage firm ICICI Direct Research said that the balance of payment (BOP) remained in surplus on strong FDI inflows and narrower current account balance. In FY23, even if the trade deficit widens as the economy reopens, strong inflows will keep the current account deficit in check, the report said. “As the world economy goes back to normalcy exports should start rising, preventing a huge trade deficit even if imports recover further as economic activities pick up,” according to the report.

The brokerage firm said in 2021 rupee depreciated 1.8% against dollar, outperforming its global peers such as Japan’s yen, South Korean won, South African rand and EU’s euro which depreciated by 11.5%, 9.7%, 8.5% and 7.9% respectively.

A rise in risk appetite in the global markets helped the rupee perform better than its peers, the report said. Inflation which remained under RBI’s comfort zone, helped the central bank to maintain lower borrowing costs to support the economic recovery, and contributed to rupee’s performance, the report added.

The rupee started the year 2022 on a muted note at 74.43 against the greenback in opening trade on Monday, according to PTI. Forex traders said growing concerns over the omicron variant of coronavirus and its impact on economic recovery as well as firm crude oil prices weighed on the local unit. The dollar index, which gauges the greenback’s strength against a basket of six currencies, increased by 0.19 per cent to 96.85.