The Indian Rupee is likely to trade higher on the back of improved global risk appetite. USDINR (Dec) may trade in a range of 81.25-81.70. 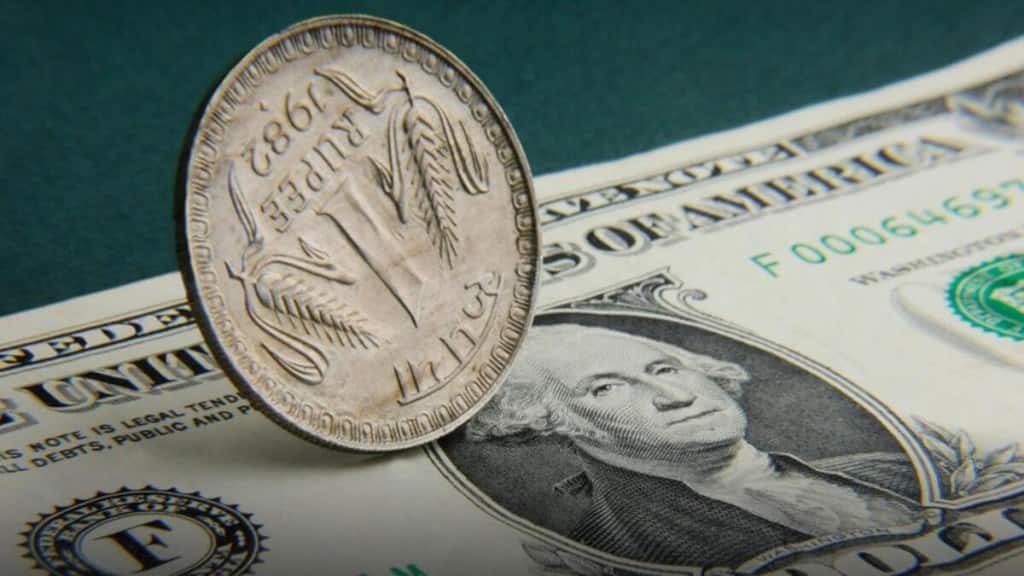 Any uptick in the USDINR around 81.60-90 good opportunity to sell, and that remains unchanged

The Indian Rupee is likely to appreciate further amid rise in risk appetite in the global markets and FII inflows. Furthermore, dollar is showing weakness after Fed Chair Powell signalled that central bank will reduce the pace of rate hikes and is on track to increase interest rates by 50 bps at its next meeting. Additionally, India’s GDP data showed that economy expanded by 6.3% in Q2 FY23 in line with market expectations. USDINR (Dec) may trade in a range of 81.25-81.70, according to ICICIdirect. In the previous session, rupee appreciated 34 paise to close at 81.38 (provisional) against the US dollar as a weak greenback in the overseas market and a rally in domestic equities boosted investor sentiment.

“After a phase of consolidation the rupee rose marginally against the US dollar ahead of the important India GDP, US Preliminary GDP, and Fed Chairman speech. Data released on the domestic front showed that the Indian economy grew at 6.3% in the September quarter compared to 13.5% in the preceding three months mainly on account of contraction in output of manufacturing and mining sectors. On the other hand reaction on the dollar was muted even after US GDP number released yesterday showed the economy grew at a 2.9% annual rate from July through September.”

“But the major trigger came in after the Fed Chairman signaled a likely slowdown in the pace of tightening in December while indicating that more hikes will be necessary to curb inflation. Officials have signaled they plan to raise their benchmark rate by 50 bps at their December meeting, after four successive 75 bps hikes which have lifted it to a 3.75% to 4% target range. Now, the focus will be on the core PCE index number that will be released from the US today and non-farm payrolls that will be released tomorrow. We expect the USDINR(Spot) to trade sideways and quote in the range of 81.20 and 81.80.”

“The USDINR pair has been moving between 81.40 and 82.00 for the past couple of days. The market participants were waiting for the statements by the FED chair, who is expected to give some guidance with respect to the terminal rates. During the day we had some MSCI related inflows which coupled with some corporate dollar inflows put pressure on the USDINR pair, and we saw the rupee appreciate and make a move towards the lower zone of the consolidation i.e. 81.40 level”.

“The Indian Rupee is likely to trade higher on the back of improved global risk appetite. Yesterday we saw the pair close below 81.45 levels after long consolidation of more than 10 trading sessions. As witnessed earlier, if USDINR breakouts of consolidated range it gives a sharp move, and today we could see a move close to the 81.00 level. Yesterday, FII’s have poured around 9000 crores of inflows into local equities, which is the highest to date in 2022 due to MSCI rebalancing flows.”

“Well, India’s Q2 GDP growth comes in at 6.3%, as compared to the forecast of 6.2%, in line with the market expectations. India’s fiscal deficit widened to Rs 7.58 trillion between April and October, which could weigh on investor sentiment. Overall, the local currency is likely to benefit from a risk-on rally in EM currencies. Any uptick in the USDINR around 81.60-90 good opportunity to sell, and that remains unchanged.”