Rupee likely to appreciate amid optimistic global market sentiments; USDINR pair to trade in this range

The rupee is expected to appreciate further amid weakness in the dollar and optimistic global market sentiments. 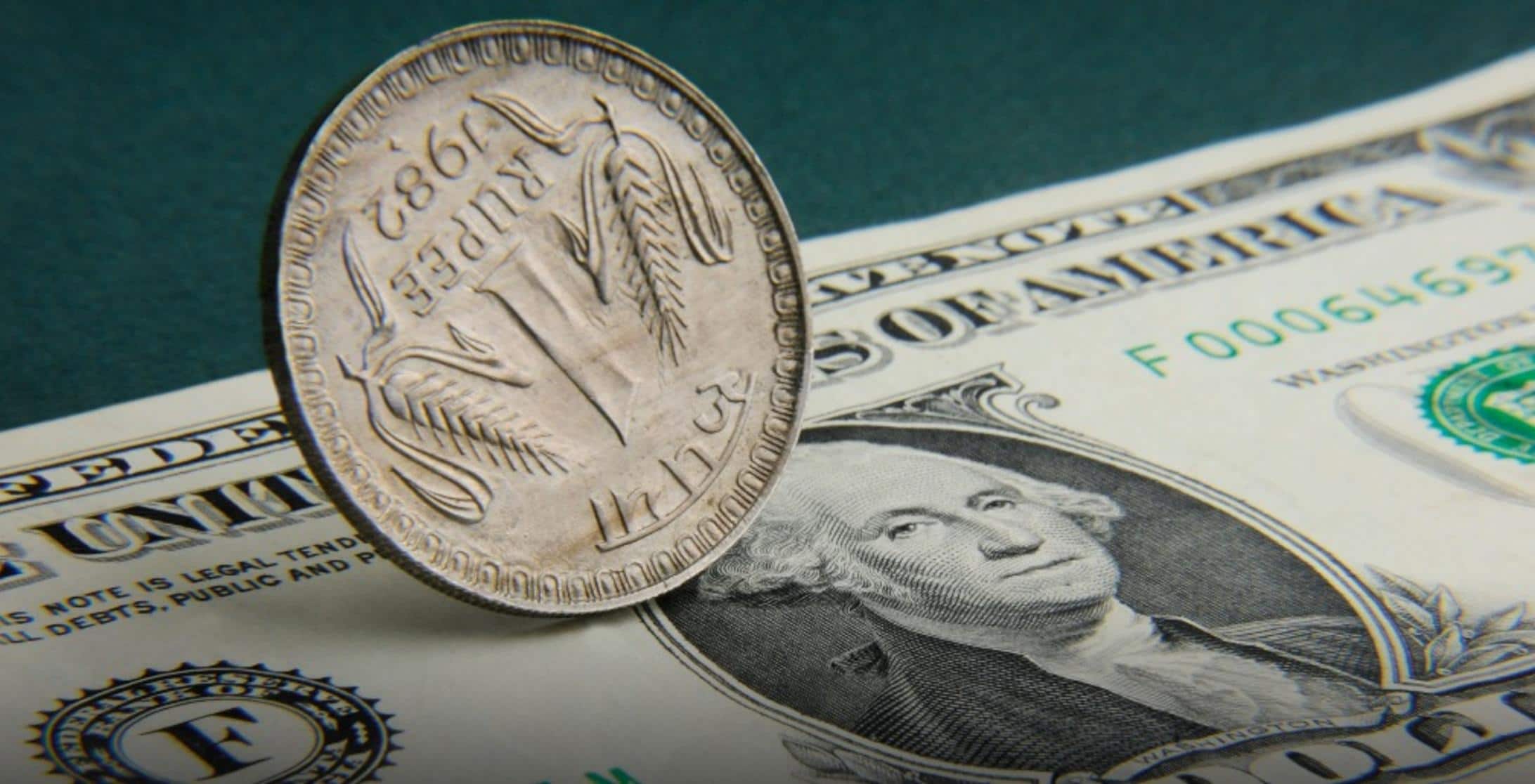 The Indian rupee rose mere 1 paisa to close at 73.93 against the US dollar on Wednesday as elevated crude oil prices offset the impact of weak dollar and positive market sentiments. Less hawkish-than-expected statement from Fed Chairman Jerome Powell also supressed fears of aggressive policy tightening and supported emerging market currencies, said analysts. At the interbank forex market, the local unit witnessed an intra-day high of 73.78, and a low of 74.04 before it finally settled at 73.93 against US greenback, up 1 paisa over its previous close. USDINR pair is expected to trade sideways today and quote in the range of 73.50 and 74.20.

“Rupee future maturing on January 27 appreciated by 0.02% on weakness in dollar and rise in risk appetite in the domestic markets. However, further gains were prevented as investors remained vigilant ahead of CPI data from the US and India. The rupee is expected to appreciate further amid weakness in the dollar and optimistic global market sentiments. Also, India CPI data showed inflation surged to a five month high to 5.59% in December 2021 but remained under RBI’s comfort zone. However, sharp gains may be prevented on elevated crude oil prices. US$INR (January) is expected to trade in a range of 73.75-74.20.”

“Inflation on the domestic front rose sharply to 5.59% in the month of December from 4.91% in November, pushed up by rising prices of manufactured items. Food inflation has also increased to 4.05% in December from 1.87% in November. On the other hand, industrial production for the month of November grew by 1.4% as compared to (-)1.6 % in the same month last year. Reaction on the rupee has been muted following the data but losses in the last few sessions have been capped following broad weakness in the dollar. After the CPI data, market participants will be shifting focus on the PPI number and better-than-expected data could support the dollar at lower levels. We expect the USDINR pair to trade sideways and quote in the range of 73.50 and 74.20.”

“The expectation of foreign investment flows into Indian markets boosted the rupee’s value, forcing several banks to sell dollars. The rupee’s strength might also be linked to the Reserve Bank of India’s lack of dollar-buying actions. The increase in year-on-year CPI was the most since June 1982, at 7%. Monthly inflation data in the United States were a smidgeon higher than expected. The USD/INR is now trading at a high level due to increased risk appetite and a weaker dollar, but it has since given up all its gains due to importers’ dollar demand and higher crude oil prices.”

“Additionally, foreign banks may have closed out their dollar short positions ahead of domestic and U.S. inflation statistics, and suspicion that RBI may have purchased dollars in the spot market to avoid further Rupee appreciation constrained appreciation bias. The USDINR Spot pair’s technical resistance zone is between 73.99 and 74.15. The 73.80-73.60 level is a support zone. If the Dollar Index trades below $95.75, the bearish momentum could continue up to $95.50-$95.33. The $95.89-$96.10 level is a resistance zone. This Wednesday, the Euro, Sterling, and the safe-haven Yen are all flat against the US Dollar.”

The Indian rupee is likely to weaken in the long term after foreign inflows that have helped the local unit appreciate at the start of the year begin to decline in coming months, said a senior ICICI Bank official on Wednesday. “INR will appreciate short-term but have no choice but to depreciate long-term. Trade deficit and current account deficit are likely to increase going ahead as there has been substantially high growth in India. Dollar strength is there because of monetary policy divergence, and high oil prices will also favor INR depreciation in the longer term,” said B. Prasanna, group head for global markets sales, trading and research at ICICI Bank Ltd, in an interview with Bloomberg TV.