The Indian rupee hit a new lifetime low for a third straight session on Wednesday as foreign investors continued to dump riskier assets ahead of US inflation data that could determine the pace of tightening by the US Fed. 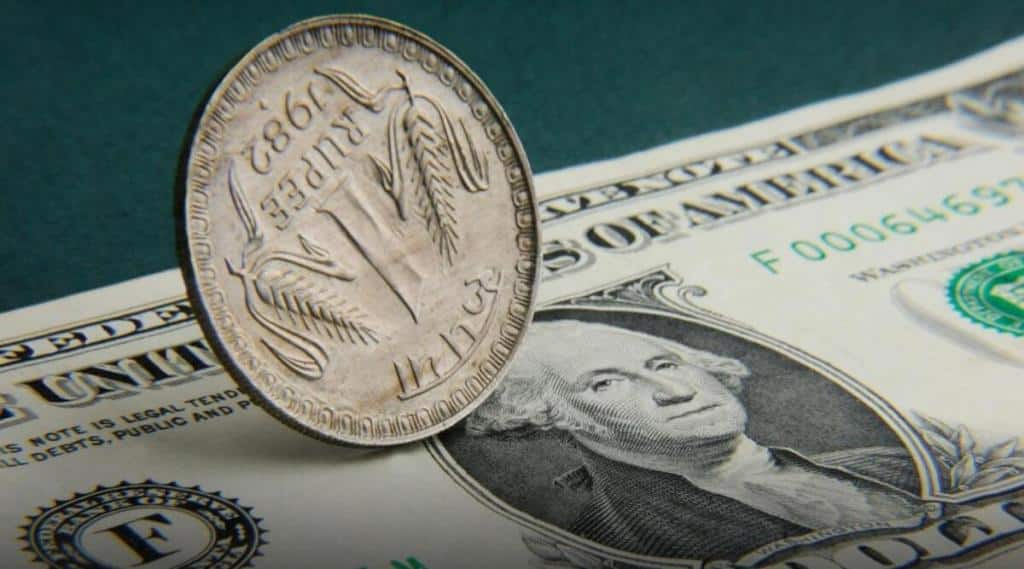 The Indian rupee hit a new lifetime low for a third straight session on Wednesday as foreign investors continued to dump riskier assets ahead of US inflation data that could determine the pace of tightening by the US Fed. The domestic currency was changing hands at 79.66 against the greenback, down from its previous close of 79.59. The local unit touched a fresh record low of 79.67 against the greenback intraday. Currencies in Asia have come under immense pressure in recent months, with expectations that the US Fed will hike rates faster and further than its peers contributing significantly to the dollar’s surge.

“Rupee is expected to be in a range of 79.40 to 79.70 with oil being the only consolation while the $ index is still near its high at 108.10. Today an important data from the US is the CPI  for June which is expected to come at 8.8% against 8.6% last month. India’s CPI came at 7.01% against 7.04% last month while the IIP came at 19.6% against 7.1% in the previous month mainly on account of the base effect. Exporters may sell near to 79.75 if they get as RBI governor yesterday in Singapore reiterated that it will be an orderly movement for the rupee. Possibly they could take oil out of the market and supply directly from the RBI kitty. Importers need to buy all major dips,” said Anil Kumar Bhansali, Head of Treasury, Finrex Treasury Advisors.

USDINR pair to steadily move higher toward 80-80.50 levels in near term

Earlier in the day, the rupee had breathed a sigh of relief, recovering a touch against the American currency a day after crashing to its all-time weak close. “The USDINR pair is likely to trade in a range of 79.30 to 79.70 zone with an upside bias. Broadly, a stronger USD amid Fed’s tightening and safe-have demand due to recessionary fear could be warranting a caution. Thus, one can expect the USDINR pair to steadily move higher toward 80-80.50 levels in the near term. On the flip side, immediate support lies at 79.20 and 78.90 levels,” said Amit Pabari, MD, CR Forex Advisors.

Rupee to remain volatile this week

“We expect the dollar index to remain volatile in today’s session ahead of the U.S. inflation data and expect it to hold 106.40 levels on a daily closing basis. Strength in the dollar and weakness in the domestic equity markets pushed the rupee lower. Persistent FII selling in the domestic equity markets since the beginning of this year, widening trade deficit and decline in the foreign currency reserves have weighed heavily on the rupee. We expect the rupee to remain volatile this week and could hold its key support level of 80.05,” said Rahul Kalantri, VP Commodities, Mehta Equities.

In the previous session, the rupee had collapsed to close at 79.60 against the greenback as the safe-haven stampede into dollar-denominated assets brushed aside almost every other currency, including the euro, which was on the brink of parity with the US currency for the first time since 2002.