With the easing of gold import restrictions, the metal’s supply through official channels will improve. 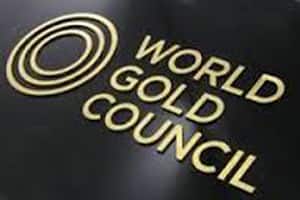 With the easing of gold import restrictions, the metal’s supply through official channels will improve and benefit genuine exporters and manufacturers of gold jewellery, World Gold Council said.

The government yesterday scrapped a scheme under which it was mandatory for importers to export 20 per cent of the gold they imported. It was put in place in August 2013 to check high gold imports that had widened the current account deficit.

Welcoming the government’s surprise move, WGC India Managing Director Somasundaram PR said: “The timing of this development though surprising, will definitely boost confidence in general, and in the jewellery industry, in particular.

“The official supply situation must now ease to the benefit genuine exporters and manufacturers of gold jewellery.”

The sharp gold imports in recent months were not triggered by changes in demand estimates but were more likely due to expectation of additional curbs, he added.

Asserting that India should move beyond curbs on gold imports, Somasundaram said: “It is time to re-engage all stakeholders to develop a coherent long term policy on gold that is aligned to the national growth objectives.

“It is imperative, that we find ways of mobilising and monetising the household savings embedded in gold stocks through the formal financial sector for the benefit of the economy as a whole.”

The discussions must focus on how the industry can contribute to the country’s prosperity in the next five years, he added.

WGC maintained that gold demand in India, the world’s largest consumer, in 2014 would be in the 850-950 tonnes range, slightly lower than last year.