Reliance Industries shares may come under pressure after Jio launch 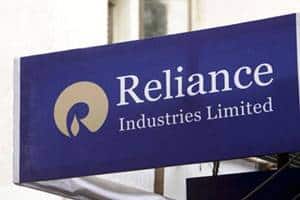 RIL, for its part, talks of how ONGC also had its own seismic data for at least 10-15 years and, by that logic, should also have known their fields could possibly be connected.

Reliance Industries (RIL) in its 42nd Annual General Meeting announced the much-awaited launch of Reliance Jio on September 5. Chairman Mukesh Ambani announced the there will be no charges on voice calls and roaming within India will remain free for customers. He further declared cheaper data tariffs for Jio customers. The company has further announced free welcome offer for customer from September 5 till December 31. “Jio is dedicated to PM Modi’s Digital India dream,” said Chairman Mukesh Ambani.

On investments, Mukesh Ambani said, “We are investing in excess of Rs 1,10,000 crores in our petrochemicals and refining business for growth. We are also de-risking this business model from cyclical commodity earnings profile to an annuity like strong cash-flow generating portfolio. In past 2 years, earnings have grown while crude oil prices have dropped from $100 to below $40, demonstrating success of new business model.”

Dharmesh Kant, head–retail research, Motilal Oswal Securities said, “Management also guided that around Rs 1.10 lakh crore of capital expenditure done in petro-chemical segment to become productive by FY17 in phased manner. Though, top line from telecom business will start trickling in however; big concern arises on timelines of achieving operating break-even point in context of tariff policy deployed. On petro-chemical and refining front business management maintained its guidance while oil and gas continues to be a drag. To sum up, we expect, per share price of Reliance Industries to remain under pressure in near-to-medium term. Investor community will closely monitor the roll out and effectiveness of Reliance Jio, in conjunction with plans by competitors to tackle new scenario.”

Chandan Taparia, analyst, Anand Rathi Financial Services said, “There will be tight competition for other telcom companies after the launch of Reliance Jio. On charts, tend is looking bullish for Reliance Industries shares. We expect shares can touch Rs 1,100 in the next few quarters.”