Rakesh Jhunjhunwala, the Dalal street maverick, advised people to trade with their own money as it ensures that people will take calculated risks and avoid their capital from unwarranted erosion. 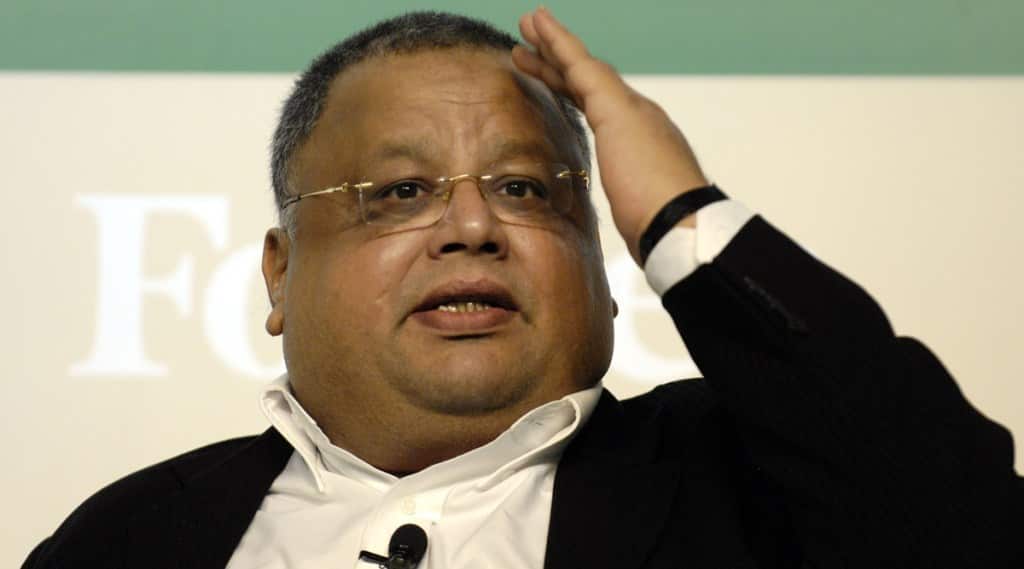 Rakesh Jhunjhunwala, also known as the Warren Buffett of India, passed away this morning at Breach Candy Hospital in Mumbai at the age of 62 (Bloomberg)

Rakesh Jhunjhunwala, also known as the Warren Buffett of India, passed away this morning at Breach Candy Hospital in Mumbai at the age of 62. Jhunjhunwala began trading in financial markets with Rs 5,000 which he invested in 1985 when the Bombay Stock Exchange’s benchmark index Sensex was at 150; it now trades at over 59,000. At the time of his demise, Jhunjhunwala had investments in more than three dozen companies. Titan, Star Health, Tata Motors and Metro Brands were some of his largest holdings. He was also the chairman of Hungama Media and Aptech. The billionaire investor ran Rare Enterprises – an asset management firm which derived its name from the first two letters of his name and that of his wife Rekha, who is also an investor.

Besides his investments, Rakesh Jhunjhunwala was also known for his quick wit. Prime Minister Narendra Modi took to Twitter to express his condolences on Big Bull’s death. “Rakesh Jhunjhunwala was indomitable. Full of life, witty and insightful, he leaves behind an indelible contribution to the financial world. He was also very passionate about India’s progress. His passing away is saddening. My condolences to his family and admirers. Om Shanti,” the Prime Minister said in his tweet. Jhunjhunwala’s witty quotes have often left traders, investors, industrialists and journalists in stitches.

The Dalal street maverick advised people to trade with their own money as it ensures that people will take calculated risks and avoid their capital from unwarranted erosion. He often asked investors to have realistic return expectations. “If you’re able earn an 18 per cent return on your portfolio, you are no less than a king and if the return is 21%, you are an emperor.” In a 2018 interview, Rakesh Jhunjhunwala told SIP investors to not expect a rate of more than 12-18 per cent from equity markets. “If you are in a SIP, I’m confident you will get it. Don’t try to be oversmart,” he had said.

Trading and investing are like having a wife and a mistress

In a 2018 interview, Jhunjhunwala had said, “I love to make money through trading in the stock market, as in trading, ROEs are highest. Trading is momentum, le fatafat and de fatafat,” He had even shared that he made a lot of money from short-selling in the market, especially during the Harshad Mehta period. The ace investor also made a quirky analogy about trading and investing being like a wife and mistress. “Trading and investing are like having a wife and a mistress. You can’t manage both well. So, keep them apart. One should not know anything about the other.”

Don’t argue with stock market and your wife

In another comment, he said: “Don’t argue with the stock market and your wife.” When asked about one thing that he wouldn’t like to change about himself, Rakesh Jhunjhunwala had responded saying, “Taking success with all humility. We got to empathise with people, not sympathise. We must realise that all success is temporary and transient, it should not change us.” He added, “The worst of the mistakes are always made in the best of the times, when your success comes, don’t try to extrapolate it. We should treat everybody the same way as we were before God gave us any success. I think that is more important, success shouldn’t change us.”

Rakesh Jhunjhunwala had said laughing, “I will never forget, hum kaun? Rakesh Jhunjhunwala – share bazaar road chhap. Don’t try to be what you are not… Don’t try to act too sophisticated.” Jhunjhunwala said that 98 per cent of the money in the stock market is made by being a bull. The billionaire investor valued stocks on five parameters: patience, people, governance, frugality and technology.