Rakesh Jhunjhunwala’s Death – All you need to know 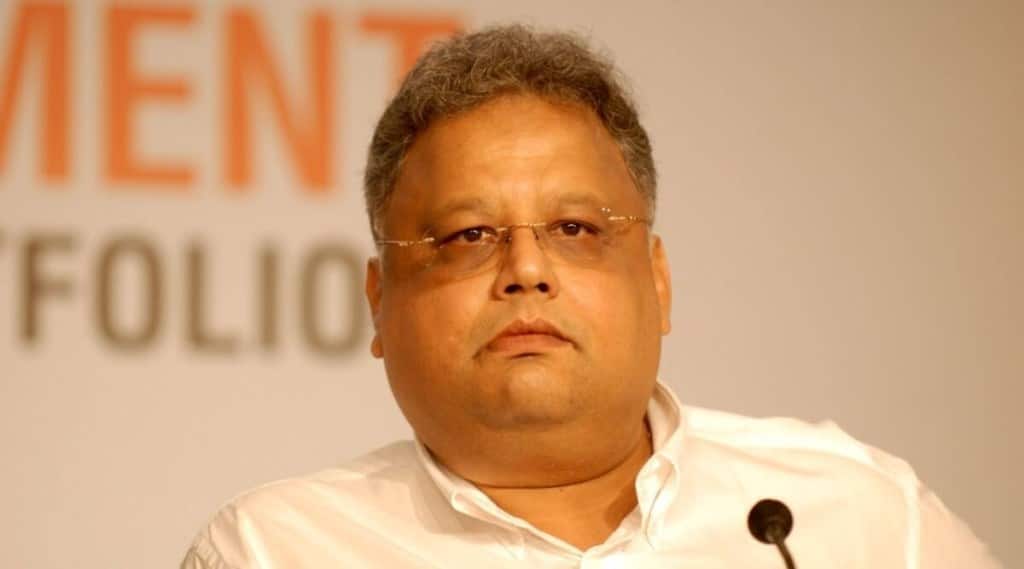 An investor with Midas touch, Jhunjhunwala was also the 48th richest person in the country.

Billionaire Rakesh Jhunjhunwala Passes Away (Highlights): The stock market was in shock when the news of veteran investor Rakesh Jhunjhunwala’s passing made the headlines on Sunday morning. The billionaire whose net worth was USD 5.8 billion according to Forbes, died at the age of 62 in Mumbai. According to a PTI report, he passed away due to a cardiac arrest.

Also Read: Rakesh Jhunjhunwala passes away at 62; Ace investor was known as Warren Buffett of India

Also Read: This is what caused Rakesh Jhunjhunwala’s untimely death

He also had investments in many companies including Star Health, Rallis India, Escorts, Canara Bank, Indian Hotels Company, Agro Tech Foods, Nazara Technologies, Tata Motors, and of course the watch and jewellery maker, Titan. Jhunjhunwala was also the chairman of Hungama Media and Aptech. He was also part of the board of directors of firms such as Viceroy Hotels, Concord Biotech, Provogue India and Geojit Financial Services. According to PTI, his 5.05 per cent holding in Titan alone is worth over Rs 11,000 crore.

Watch: A look at the life story of legendary investor Rakesh Jhunjhunwala

Akasa Air on the demise of its founder Rakesh Jhunjhunwala

Stay tuned with financialexpress.com to get fresh updates on Rakesh Jhunjhunwala’s death.

“All I've known is trading and investing. I don't want to do anything else in life,” Jhunjhunwala told Reuters 10 years ago. “I'll call it quits the day I die.” – Reuters

Tata Trusts Chairman Ratan Tata took to his official Instagram account today to post a heartfelt tribute for Jhunjhunwala. He said that the ace investor will always be remembered for 'his acute understanding of the stock exchanges of India.' Recalling Jhunjhunwala's jovial personality, Tata said that India's 'Big Bull' will be always remembered for his kindness and farsightedness.

Maharashtra Chief Minister Eknath Shinde and other leaders from the state on Sunday expressed condolences on the demise of veteran stock market investor Rakesh Jhunjhunwala. “India has lost a gem, who made a mark not just on the stock market but on the minds of almost every investor in India,” Shinde tweeted.

The advertising and marketing community believes that the late Jhunjhunwala has left behind a very strong legacy. His legacy will consist of investment– not just market-wise but also marketing investment. While his passing away will have an impact on the market and he will be missed, he will be remembered for inspiring many young investors not only in financial markets but also in brands and marketing.

Read More: Rakesh Jhunjhunwala and the brands he believed in!

Market experts on Sunday mourned the demise of ace investor Rakesh Jhunjhunwala and said his strong belief in the country's growth story and “unshakeable” confidence in markets made him one of a kind. The 62-year-old Jhunjhunwala passed away on Sunday morning in Mumbai. Condoling his death, Zerodha co-founder Nikhil Kamath tweeted, “There will never again be someone like you, RIP.” Often referred to as 'India's Warren Buffett' and the 'Big Bull' of Indian markets, Jhunjhunwala's net worth was USD 5.8 billion (about Rs 46,000 crore), according to Forbes.

B Gopkumar – MD and CEO, Axis Securities, said Jhunjhunwala will be missed for the sheer energy he brought to the TV studios. “His strong belief in India growth story and his bullishness on Indian markets are a tale of legend. He proved to each and everyone that if one stays invested in quality companies for long then wealth generation is almost assured,” he added. Hailing Jhunjhunwala as the biggest believer in the India story, Sushant Bhansali, CEO, Ambit Asset Management, said the ace investor put not only his words but his entire wealth behind this story and got rewarded for it. Bhansali described Jhunjhunwala as a roaring titan of long-term investing in India. (PTI)

Starting with a small capital base in the eighties, he built a massive portfolio running into thousands of crores by betting big on his high conviction stock ideas, remaining positive on India’s growth prospects and taking big, bold and calculated trading calls.

In an earlier investing community event, Rakesh Jhunjhunwala is seen claiming that he made the largest amount of money in his life by short selling stocks. “I made the most money in life by selling shares. In those years of (market depression) I made at least Rs 30-35 crore,” the big bull says in the undated video.

Read More: Rakesh Jhunjhunwala – the bull who was once a bear: when he made a killing by not buying but selling stocks

The Dalal street maverick advised people to trade with their own money as it ensures that people will take calculated risks and avoid their capital from unwarranted erosion. He often asked investors to have realistic return expectations.

Read More: Rakesh Jhunjhunwala’s returns formula to be an emperor in stock market

The stock trader first developed an interest in the stock market when he heard his father discussing it with friends. Although he received advice from his father on the market, he never got any money to invest. However, that did not stop Jhunjhunwala and began trading in the financial markets after joining college. He invested Rs 5,000, his savings, in 1985. At that time, the Sensex was at 150 points. It is currently trading at 59,462 points.

A man of many interests, Jhunjhunwala recently invested in the low-cost airline Akasa Air, which took flight on August 7. One love that he managed to keep under the wraps was his love for films. A huge fan of Waheeda Rehman, Aamir Khan, and Amitabh Bachchan, he co-produced several films. He was also the chairman of Hungama Digital Media Entertainment.

Union Minister Smriti Irani took to Twitter in Sunday and paid tribute to ace stock market investor Rakesh Jhunjhunwala. “I lost my brother today .. a relationship not known to many. They call him a billionaire investor, the badshah of BSE .. but what he really was .. is and always will be .. is a dreamer,” Irani tweeted.

Richest Indian Gautam Adani and mining baron Anil Agarwal on Sunday led India Inc in paying tributes to veteran stock market investor Rakesh Jhunjhunwala, who passed away early this morning, PTI reported. Adani took to Twitter and wrote, “Extremely saddened by the untimely passing away of the most legendary investor that India has had. Shri Jhunjhunwala inspired an entire generation to believe in our equity markets with his brilliant views. We will miss him. India will miss him but we will never forget him. RIP.”

Co-founding Akasa Air was a rare departure into entrepreneurship for Rakesh Jhunjhunwala, who made most of his fortune in share markets as a value stocks investor. Once when asked why he started the Akasa Air venture when the aviation sector was not doing well, Jhunjhunwala, who is often referred to as India’s Warren Buffett, had said, “I’m prepared for failure”.

Prime Minister Narendra Modi took to Twitter to express his condolences. “Rakesh Jhunjhunwala was indomitable. Full of life, witty and insightful, he leaves behind an indelible contribution to the financial world. He was also very passionate about India’s progress. His passing away is saddening. My condolences to his family and admirers. Om Shanti,” the Prime Minister said in his tweet.