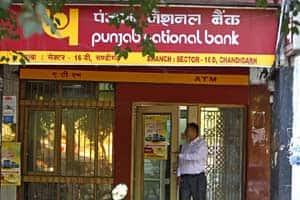 Gross non-performing assets (GNPA) of the bank more than doubled to 13.63% in July-September from 6.36% in the year ago quarter. (Express Photo)

Punjab National Bank (PNB) shares gained over 8 per cent on Monday after the Reserve Bank of India removed the public sector bank from the caution list and allowed foreign investors to buy its shares. The scrip later closed 8.21 per cent up at Rs 127.25.

The promoters holding in the company stood at 62.08 per cent while Institutions and Non-Institutions held 31.36 per cent and 6.55 per cent respectively.