PNB Housing Finance IPO opens: Should you subscribe or avoid? 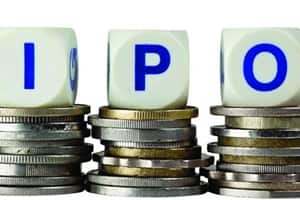 PNB Housing Finance IPO is going to hit capital markets on Tuesday (October 25) at a price band of Rs 750-775. The company will raise Rs 3,000 crore through fresh issue of equity shares.

Below are 10 things you should know before investing in PNB Housing Finance IPO:

Objects of the offer: The proceeds of the issue will be used to augment the capital base to meet the future capital requirements, improve distribution network and general corporate purpose. The listing will also enhance the visibility and brand name of the company among existing and potential customers.

Strong management: Sanjay Gupta was appointed as the MD of PNB Housing Finance in 2010. Having worked with MNCs like AIG, ABN Amro Bank and HDFC Ltd, he along with the newly hired professionals from private sector has been the key behind the growth. PNB Housing Finance has delivered a phenomenal CAGR growth of around 61 per cent in loan book over FY12-16, which has resulted in 43 per cent CAGR in net profit growth. The IPO proceeds will enable the company maintaining the growth momentum albeit with a lower rate.

Capital Adequacy: PNB Housing Finance’s capital adequacy at the end of 1QFY2017 stood at 13.04 per cent and looking at the high growth, which the company has been delivering, capital raising was a must. Angel Broking believes the current fund-raising via the IPO should meet the company’s capital requirement in the near term.

Risks: Volatility in interest rates, increase in NPAs on non-payment by customers in particular, self-employed customers are some of the key risks for PNB Housing Finance. Also, Indian housing finance industry is highly competitive and increased competition may lead to a relative decline in average yields and spreads.

Should you invest: PNB Housing has delivered return on equity (RoE) of 17.6 per cent on the pre issue net worth. According to Angel Broking, PNB Housing Finance is all geared up for its next leg of growth and has the potential to become a significant player in the Indian mortgage business. Looking at the quality of management, which can drive the growth, the brokerage house recommends a ‘Subscribe’ to the issue.
Brokerage firm KR Choksey Shares and Securities has also given ‘Subscribe’ rating to the public offer. “The current augmentation of capital base and widening distribution network should help maintain 20 per cent annual business growth over the forthcoming periods,” KR Choksey in a research note said.