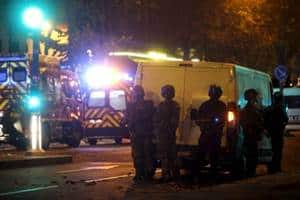 The FBI declined to comment and has not provided a timeline accounting for Mateen's movements that night.

G4S stock price on the London Stock Exchange on Monday plunged nearly 5 per cent after the company said that Omar Mateen, the gunman behind the massacre in a Florida nightclub, was one of its employees. The share price of the company closed 4.94 per cent down at 178.14 pence on Monday.

In a statement to London Stock Exchange, the company said, “G4S is deeply shocked by the tragic events in Orlando this weekend and the thoughts of everyone at G4S are with the victims and their families.”

It further added that Omar Mateen was employed by G4S at a residential community in South Florida and was off-duty at the time of the incident. Mateen was subject to detailed company screening when he was recruited in 2007 and re-screened in 2013 with no adverse findings. He was also subject to checks by a US law enforcement agency with no findings reported to G4S. The company is providing its full support to all law enforcement authorities in the USA as they conduct their investigations.

G4S employs 623,000 people worldwide and defines itself as “the largest security solutions provider in the world”, according to the company website.

Mateen, an American citizen whose parents are from Afghanistan, stormed a nightclub, wielding an assault rifle and a pistol, and carried out the worst mass shooting in United States history, leaving 50 people dead and 53 wounded.