Not investing at all is still better than investing in IPOs: Mohnish Pabrai

As India is headed for a record-breaking IPO year with companies raising over Rs 50,000 crore so far, leading fund manager Mohnish Pabrai cautions against investing in it. 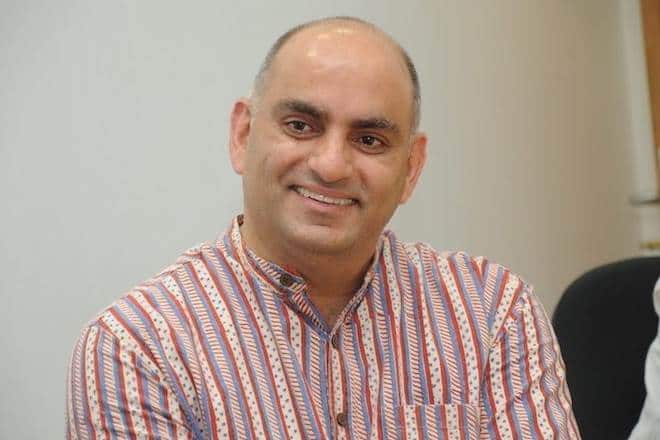 As India is headed for a record-breaking IPO year with companies raising over Rs 50,000 crore so far, leading fund manager Mohnish Pabrai cautions against investing in it. (Image: Mohnish Pabrai/Twitter )

As India is headed for a record-breaking IPO year with companies raising over Rs 50,000 crore so far, leading US-based investor Mohnish Pabrai cautions against investing in it. “Don’t invest in IPOs, never invest in IPOs,” he said in an interview with ET Now. Mohnish Pabrai says IPOs are auction-driven sales where pricing can get extreme and instead suggests investing in businesses with strong tailwinds.

“There is a very simple rule of investing I follow, which is, never ever invest in any IPOs. So first off all an IPO is a company selling shares into the market. The company controls the timing, the company controls the story…. These are auction-driven entities basically tend to give us a pricing that goes to extremes,” Mohnish Pabrai told ET Now. He instead suggests giving money to professionals, saying that investing in IPOs is going to hurt more than it is going to help.

“You have to identify businesses where the management is not only honest but they are also highly competent and they are going to go for growth. Also, you have to go for businesses where they are strong tailwinds and which are producing and gushing cash, producing a lot of cash and when you get that combination at a reasonable price, that is when you step in. The rest of the time you do nothing,” Mohnish Pabrai said.

“Do not get envious because your stupid neighbour is tripling his money every three months and he is rubbing it in your face. Do not worry about that. Focus on long-term compounding. Focus on the 15% a year and those sorts of things. Do not try to do 15% a month. Generally speaking, you are going to hurt yourself more than you help yourself.”

“…And quite frankly I would say that in this environment, this overheated environment, we are in India, probably better to give the money to professionals like I had mentioned Motilal and so on and let them deal with it,” Mohnish Pabrai added.

This year, as many as 30 companies have raised over Rs 50,000 crore so far. Five mega insurance IPOs — HDFC Standard Life Insurance, New India Assurance, GIC of India, SBI Life Insurance Company and ICICI Lombard General Insurance Company — are poised to raise nearly Rs 40,000 crore by the end of the year. According to Thomson Reuters data 2017 is going to exceed 2010’s high of Rs 55,000 crore. On the top of that, investors are lapping up IPOs, even when some of them are seemingly overvalued. There have been a lot of overvalued IPOs which have been grossly oversubscribed- Prataap Snacks Ltd’s IPO which was priced at more than 200 times relative to earnings got oversubscribed by 47 times.

Mohnish Pabrai says India has a number of areas like insurance and banking where investors can make a good deal in future.”Insurance,  banking, asset management and so on that will grow a lot. They will grow at multiples of GDP growth and GDP growth itself will go through a lot but the investing game is not so much about these macro themes, it is getting down a specific business,” he said.