The economist didn’t completely deny the expected downturn in the market particularly when you incorporate the public’s reaction to the yield curve inversions of late. 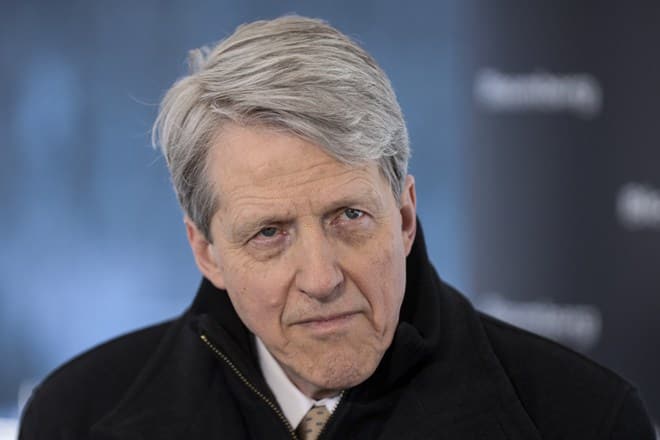 Even as the market experts have been talking about the US economy staring at a possible recession after its yield curve briefly inverted again with two-year Treasury yield topped 10-year yield in the past two weeks, Nobel-winning economist and Yale University professor Robert Shiller doesn’t feel convinced about it to be the real indicator for a likely slowdown. Instead, he said that public panic may be the actual indicator of the next downturn. Yield curve inversion, according to Investopedia, refers to an interest rate environment wherein long-term debt instruments have a lower yield than short-term debt instruments of the same credit quality and looked at as an indicator of the recession in an economy.

Shiller said that while the curve is a “well-known leading indicator,” but he is “not as confident in it as others are,” as told to CNBC Make It. In fact, Chiller called for analysts to mine data to look for any indicators that have stayed for some time. Importantly, the yield curve is assumed to be a strong signal of a recession ahead it can hold itself up whereas both inverted curves of the two-year to 10-year yield have been brief. Also, while the curve has preceded every recession since the 1950s, with only one false positive, the data set is quite small to be actually conclusive.

Nonetheless, the economist didn’t completely deny the expected downturn in the market particularly when you incorporate the public’s reaction to the inversions of late. A lot of what happens with the markets is a “self-fulfilling prophecy,” Shiller said, however, investors should not panic assuming a recession to begin tomorrow. There has been a 17-month lag on average between the inverted curve happening and the last five recessions, according to research from Ben Carlson of Ritholtz Wealth Management.

Experts believe that for young investors, the best strategy currently is to continue investing and making regular contributions to their retirement savings plan every two weeks. This is great for long-term investors because it keeps long-term investors from selling out during market lows and buying at the time of market highs.

Follow us on
Latest News
8i Ventures raises $25 m in first close for second fund
India urges world community to collectively call out those who provide safe havens to terrorists
SaaS unicorn Chargebee lays off 10% of its workforce
Udaan to go for second round of layoffs
Adani Enterprises net profit more than doubles in Q2
Plain-vanilla deposits score over floating rate FDs
Looking to grow share of own channel business to 67%
Photos
Heart-wrenching! Here is a look at Morbi and the suspension bridge that collapsed
3 days agoOctober 31, 2022
In Pictures: PM Modi in Kargil to celebrate Diwali with soldiers, says, ‘All of you have been my family for years now’
1 week agoOctober 24, 2022
In Pictures: PM Modi inaugurates Deepotsav in Ayodhya; World record set by lighting of over 15 lakh diyas
1 week agoOctober 24, 2022
Read More
×
Global Markets: Dollar makes broad gains after rallying on Treasury yields
Five Star Business Finance’s Rs 1,960 crore IPO to open on November 7
Nifty may trade flat to positive, use Iron Butterfly for 10 Nov F&O expiry; Bank Nifty support at 41000
Global Health IPO opens, Medanta operator mops up Rs 662 cr from anchor investors; should you apply?
Oil slips on strong dollar after Fed rate hike, tight supply lends floor
Bikaji Foods IPO opens for public subscription, GMP rises; should you subscribe?