Nifty may not break 16700-16500 support zone, buy now for next up-move; Bank stocks could outperform

After having corrected 10% from all-time highs, the Nifty 50 index could now be preparing for its next leg of up-move. 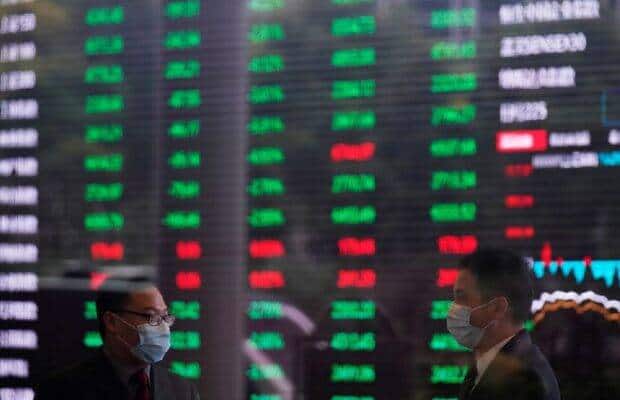 Amid the current correction phase, Nifty has corrected 10% from 18,600. (Image: REUTERS)

After having corrected 10% from all-time highs, the Nifty 50 index could now be preparing for its next leg of up-move, said analysts at ICICI Direct. The brokerage firm highlighted that since April 2020, the Nifty 50 has recorded new highs after undergoing 9-11% correction while sustaining above five months’ average. “Currently, the Nifty has already corrected 10% from lifetime highs of 18,600. Thus, any extended correction form here on would offer an incremental buying opportunity,” they added. The brokerage firm is also bullish on Bank Nifty and believes the index could bounce back from support at 34,500.

Amid the current correction phase, Nifty has corrected 10% from 18,600. ICICI Direct said that they believe Nifty will arrest the ongoing corrective phase around 16700-16500 and undergo base formation. “Hence, we advise to start accumulating quality stocks at current juncture and further dip should be used as buying opportunity to ride next leg of up move,” they added. The maximum the 50-stock index can correct if going by ICICI Direct’s reasoning is 16,500, which will be 11% from the all-time high of 18,600. Further, the brokerage firm highlighted that since June 2020, most intermediate corrections garnered strong support in the vicinity of five month’s EMA, which falls in the 16700-16500 range.

The Banking index gave up its three-month rally as investors booked profits in November. The current corrective phase of the index is expected to be arrested near 34,500 support zone, said ICICI Direct. Bank Nifty is hovering around 36,000 as of now. “Price-wise since May 2020, it saw three major corrections, each measuring 18- 20%. In the current scenario, 18% correction from a lifetime high of 41,829 will mature around 34,500,” ICICI Direct said.

Adding to their price, time-wise maturity of correction thesis, analysts at ICICI Direct noted that the index average corrective phase has been six to seven weeks, with five weeks of correction already behind us analysts expect the index to form a base in the coming couple of week. On the upside, 38,200 is seen as the hurdle for Bank Nifty.

Sectors to watch out for

On the charts, Capital Goods, Banking, PSUs, Healthcare, and Metal stocks are among those that are expected to outperform. “Banking stocks have witnessed a corrective decline in the last month after recent outperformance. They are currently at good support levels and provide a favourable risk-reward set up,” ICICI Direct said. In the banking and finance space, Kotak Bank, HDFC, HDFC Life, SBI, Bajaj Finance, Canara Bank, and Federal Bank are some of the top picks for ICICI Direct.