After three straight months of contraction till October, IIP grew at 1.8 per cent in November 2019. 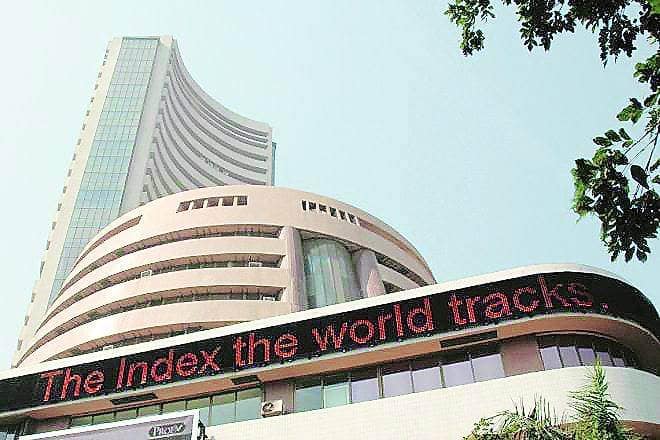 Market HIGHLIGHTS: The factory output of India expanded for the first time in four months in November 2018. After three straight months of contraction till October, IIP grew at 1.8 per cent in November 2019. Meanwhile, Infosys’ Q3 consolidated net profit was recorded at Rs 4,457 crore, beating street estimates. The CNBC-TV18 poll had estimated the IT major to report a profit of Rs 4,200 crore in the quarter ending December. The company also posted consolidated revenue of Rs 23,092 crore in the same period. Infosys raised FY20 constant currency revenue guidance to 10-10.5 per cent. In a separate development, the company said that the audit committee has found no evidence of financial impropriety or executive misconduct in its investigation following whistleblower allegations. All allegations regarding the personal matters of CEO are without any merit, IT major also informed the stock exchanges. The Audit Committee concluded that no restatement of previously announced financial statements or other published financial information is warranted, Infosys also said. Infosys Chairman Nandan Nilekani said, “I am pleased that after a rigorous investigation, the Audit Committee has found no wrongdoing by the Company or its Executives. CEO Salil Parekh and CFO Nilanjan Roy are strong custodians of the Company’s proud heritage. Salil has played a key role in reinvigorating the organization and driving momentum and the Board is confident that he will continue to execute on the company’s new strategic direction successfully.” Meanwhile, the Sensex ended 147.37 points higher at 41,599.72 while Nifty rose 40.90 points to 12,256.80. Earlier in the day, Supreme Court stayed the NCLAT order restoring Cyrus Mistry as executive chairman of the Tata group, according to wire and TV reports. The apex court was hearing Tata Sons’ plea challenging the NCLAT order on the reinstatement of Cyrus Mistry. A bench of Chief Justice S A Bobde and Justices B R Gavai and Surya Kant heard Tata Sons’ plea challenging the appellate tribunal’s decision and issued notices to Mistry and others.

Telecom operator Bharti Airtel crossed one million user mark on the newly launched Wi-Fi Calling service while competitor Mukesh Ambani’s Reliance Jio has just entered the segment. Airtel was the first telecom operator to introduce Voice over Wi-Fi in India and its service is supported by over 100 smartphones.

Boeing Co. released a new batch of internal messages in which company employees discussed deep unease with the 737 Max and problems in flight simulators used to train pilots on the new jetliner, while also trying to avert greater regulator scrutiny of the plane.

Infosys shares up nearly 2% ahead of Q3 results; what to expect

Shares of Infosys jumped as high as  2 per cent in the intraday trade Friday ahead of the December quarter results. The stock hit the day’s high of Rs 741.80 as against the previous close of Rs 727.55. The shares were trading at Rs 741.05, up 13.50 points, or 1.86 per cent on NSE at the time of reporting. The IT major is slated to announce its Q3 results at 3.45 pm later today. The company management will also hold a press conference at around 4:30 pm. The earnings hold significance as the market is expected to closely analyse any developments around the whistleblower issue. According to a CNBC TV-18 poll, Infosys may report a profit of Rs 4,200 crore and revenue of Rs 23,190 crore in rupee terms. The company may post a dollar revenue of 3,258 million. EBITDA may be Rs 5,180 crore.

Supreme Court on Friday stayed the NCLAT order restoring Cyrus Mistry as executive chairman of Tata group, according to wire and TV reports. The apex court was hearing Tata Sons’ plea challenging the NCLAT order on the reinstatement of Cyrus Mistry. A bench of Chief Justice S A Bobde and Justices B R Gavai and Surya Kant heard Tata Sons’ plea challenging the appellate tribunal’s decision and issued notices to Mistry and others. The NCLAT seems to have committed errors in adjudicating and the appellate tribunal seems to lack powers to pass the directions that it has, Chief Justice S A Bobde said. On December 18, 2019, the NCLAT restored Cyrus Mistry and ruled the appointment of N Chandrasekaran as the head of the holding company of the salt-to-software conglomerate was illegal.

Not every delivery partner on food delivery application Swiggy is working to support a family and at least one in every 10 Swiggy riders works to bust the stress of their own entrepreneurial ventures. “10% [Swiggy’s riders] are entrepreneurs and run their own business while working with Swiggy to relieve stress of erratic earnings from their business,” the unicorn startup said in a statement on Thursday.

Central PSU Bridge and Roof looks to realign its business

Bridge and Roof, the Central PSU already brought under the disinvestment list, is realigning its business, shifting thrust from executing power projects to taking up work in the transport sector, especially the railways. Chairman and managing director Sunil Kumar Sarder said although the company, in which the Centre at present holds 99.65% stake, has been listed for disinvestment, there has been no communication from the government yet in this regard.

A delegation of Confederation of Indian Industries (CII), Jammu and Kashmir Thursday called on Lieutenant Governor Girish Chandra Murmu here at the Raj Bhavan to discuss issues of development and economic growth in the union territory, an official spokesman said. The delegation led by CII Jammu and Kashmir (J&K) Chairman Rajesh Sharma congratulated the Lt Governor for administration’s consistent efforts towards improving the overall environment for development of industrial sector and for making committed efforts for organising the upcoming global investors’ summit in J&K.

Investors infused Rs 16 crore in gold exchange-traded funds (ETFs) in 2019, after pulling out money from safe-haven assets in the past six years, on fears of a slowdown in the global market and volatility in equity and debt markets. Going ahead, the segment is likely to gain more traction from investors due to the recent increase in tensions between the US and Iran and the threat to global economy, Himanshu Srivastava, senior analyst manager research at Morningstar Investment Adviser India, said.

The world’s shares hit a record high on Friday as a relief over de-escalation of U.S.-Iranian tensions quickly prompted investors to bet on faster global growth, especially in the technology sector. MSCI’s broadest gauge of the world’s stocks in 49 countries rose a tad to hit an all-time high and its index on Asia-Pacific shares outside Japan rose 0.18%. Japan’s Nikkei rose 0.43% while Australian stocks rallied 0.67% to a record high.

Oil prices dropped on Friday extending days of losses as the threat of war in the Middle East, a major oil producing region, receded and investors switched their attention to economic growth prospects and demand for crude.
Brent crude was down 14 cents, or 0.2%, at $65.23 at 0119 GMT, after falling more than 4% over the last two days. WTI was also down 14 cents, or 0.2%, at $59.42, after dropping slightly on Thursday and plunging around 5% on Wednesday.

Maharashtra, one of the richest states in the country, is staring at over Rs 90,000-crore fiscal deficit by the end of current fiscal, said an official on Thursday. Fiscal deficit is the difference between total revenue (or income) of the government in comparison to the total expenditure.

India’s textile and garment trade is witnessing an unusual trend: imports are rising at a brisk pace even as exports are falling. While the export slump is ascribed to a host of factors, including global demand slump and the continuing inability of Indian exporters to have the desired competitive edge in key markets, the double whammy that demonetisation and goods and services tax (GST) dealt to the unorganised sector, the backbone of the domestic textile and clothing industry, appears to have necessitated increased imports.

21 stocks out of 30 on BSE are trading in green. Kotak Bank with 1.21% growth holds the top position now.