Nearly 40-60% of the orange orchards in the Vidarbha region have gone completely dry. 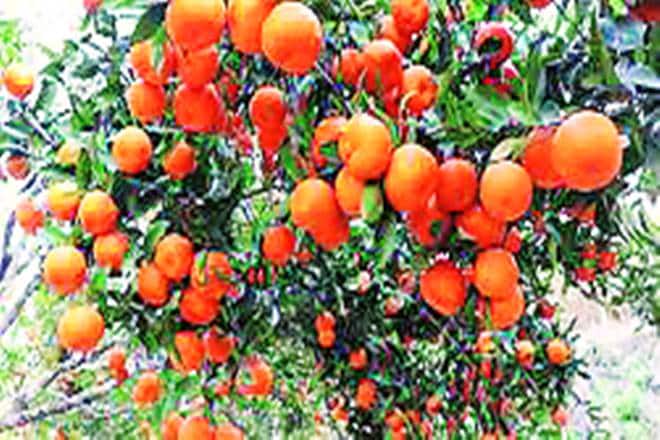 Amravati is one of the major orange growing districts in the Vidarbha region in Maharashtra.

Orange farmers in Maharashtra are caught in the grip of drought with their orchards withering amid an intense heat wave. Nearly 40-60% of the orange orchards in the Vidarbha region have gone completely dry.

Shridhar Thakre, executive director, MahaOrange, a body meant for export facilitation of oranges formed by the State Agriculture Marketing Board, said that the condition of the orchards is so bad that it will take another 5 years to revive them.

“For the past month, temperatures in Vidarbha and Nagpur regions have been in the 45-57 degrees range and the water levels have gone down drastically below 1,000 feet. Nearly 30% of the orchards are completely burnt and 60% are withering and drying up with the leaves wilting and drying up. The crop damage is to the tune of 40-60%,” Thakre told FE.

He said the loss caused to the Ambia Bahar crop alone (which fruits in September) is being pegged at about `1,620 crore. (Mrig Bahar, the other crop fruits from February to April). However, the loss due to orchards dying completely cannot be estimated monetarily,” he said.

Amravati is one of the major orange growing districts in the Vidarbha region in Maharashtra. Scanty rainfall in the last two years and prolonged high temperatures throughout May and June have severely hit orange cultivators across Amravati and Nagpur districts.

“This is the first time that temperatures continuously hovered between 44 degrees to 47.5 degree in May.

There have been no pre-monsoon showers and the monsoon has been delayed, he said.

“The cost of cultivating the orchard is nearly Rs 1.5 lakh per acre in 5 years and the returns are nil. Farmers in Vidarbha are from a different culture. They do not agitate at all and instead end up committing suicide, he added.
Each tanker costs around Rs 1,500 and 15 plants need 100 litre per week which costs Rs 100 to water a single plant each week. How can farmers afford this,” he asked, pointing out that he also tried bringing water from Paknala dam, about 11km from the orchard, by spending `18 lakh but the water in the dam also dried out soon.