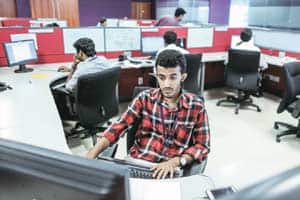 Shares of most of IT companies ended in green on Monday after Infosys, India’s second-largest information technology (IT) services firm forecast strong revenue growth of 11.5-13.5 per cent in constant currency (CC) terms in the current fiscal (FY17).

Other IT majors such as HCL Technologies and Tech Mahindra closed higher by 1.83 per cent and 0.98 per cent at the same time.

On the other hand, TCS closed 0.15 per cent down at Rs 2522.40. Shares of TCS fell by over 3 per cent intraday after a US grand jury imposed a fine of $940 million on it and another Tata Group company Tata America International Corp in a trade secret lawsuit.