Investments via P-Notes drop to Rs 2.36 lakh crore in Dec

Investment in Indian markets through participatory notes (P-Notes), a preferred route for HNIs and hedge funds from abroad… 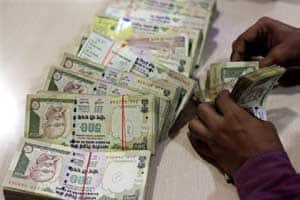 You are supposed to carry an original identity proof, (Reuters)

Investment in Indian markets through participatory notes (P-Notes), a preferred route for HNIs and hedge funds from abroad, declined to Rs 2.36 lakh crore (USD 38 billion) in December from the preceding month.

According to data released by the Securities and Exchange Board of India (Sebi), the total value of P-Note investments in Indian markets (equity, debt and derivatives) dropped to Rs 2,36,677 crore last month from Rs 2,49,210 crore (USD 39 billion) in November 2014.

Prior to that, investment through P-Notes had hit nearly seven-year high of Rs 3.23 lakh crore in October.

This saves time and costs for investors, but the flip side is that the route can also be used for round tripping of black money.

The quantum of FII investments through P-Notes dropped to 10.5 per cent last month from 11 per cent in November.

Till a few years ago, P-Notes used to account for more than 50 per cent of the total FII investments, but their share has fallen after Sebi tightened the disclosure norms and other regulations for such investments.

It was as high as over 50 per cent at the peak of Indian stock market bull run during 2007.

Earlier in November, Sebi directed foreign investors to ensure compliance with all necessary norms before issuing such notes with immediate effect amid concerns about possible misuse of Offshore Derivative Instruments, or P-Notes, for money laundering and other such purposes.