Infibeam IPO to hit markets today; 10 things you should know 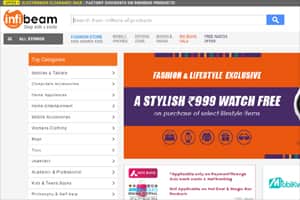 About the company: Infibeam Incorporation is Ahmedabad based e-commerce company offering cloud-based, modular, customisable and scalable technology platform as well as e-commerce infrastructure and logistics support for a diverse universe of merchants, products and services. The company operates Infibeam.com, one of India’s leading multi-category e-retail website.

About the issue: The issue will open for subscription on March 21, 2016 and will close on March 23. The shares will be listed on BSE as well as NSE. The face value of the share is Rs 10 and is priced 36 times its face value on the lower side and 43.20 times on the higher side.

Objective of the issue: The company will use the net proceed for setting up of cloud data centre and purchase of property for shifting of the registered and corporate offices, setting up of 75 logistics centres, purchase of software and general corporate purposes.

Strengths and Weaknesses: According to Infibeam, its integrated and operationally synergistic e-commerce business model, comprising the BaB Marketplace provide it with a competitive advantage. The integrated technology platform enables them to develop modular, customisable, and cost-effective e-commerce solutions for large enterprises as well as small and medium sized merchants. The company has also developed strong customer relationships with established brands and large enterprises to increase revenue streams. Senior management has experience of e-commerce, media and retail industries including experience at global e-commerce companies. On the other hand, the company is exposed to credit risk, exchange rate risk and interest rate risk.

Headcount: As of December 31, 2015, the company had more than 900 employees, including a large number of software engineers and information technology experts.

Logistics: As of December 31, 2015, the company had 12 logistics centers across 11 cities in India, and currently selectively outsource some of its logistics services.

In addition, Infibeam had six warehouses located at Delhi, Gurgaon, Bengaluru, Ahmedabad, Mumbai and Kolkata for its own inventory. The company has plans to significantly expand logistics infrastructure in the future to strengthen fulfilment capabilities for the BaB Marketplace as well as Infibeam.com e-retail operations, including addition of 75 logistics centres across India in the next three years.

Current Ratio: As on March 31, 2015, current ratio of the company was at 2.33. Current ratio is a liquidity ratio that measures a company’s ability to pay short-term and long-term obligations.