IEX in talks with Financial Technologies for buying out technology solutions

Indian Energy Exchange is in talks with its erstwhile promoter FTIL, which is in the process of exiting the bourse… 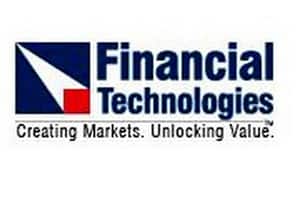 Indian Energy Exchange is in talks with its erstwhile promoter Financial Technologies India Ltd (FTIL), which is in the process of exiting the bourse, for buying out the application software and other solutions used for its trading platform.

Since its inception, the leading power exchange has been using the technology provided by FTIL, which has been asked by the regulator CERC to complete sale of its entire stake by January 4.

Last month, FTIL entered into about Rs 576-crore deal to offload its 25.64 per cent shareholding in the bourse. The stake is to be sold to a clutch of investors, including TVS Shriram Growth Fund 1.

When asked about status of proposed deal, an FTIL spokesperson said, “All the conditions are in the process of being met, including those pertaining to buyout of application software and technology. We expect the stake sale to be completed by January 2015.”

When contacted, IEX declined to comment on the deal.

As per the share purchase agreement with the clutch of investors, the final closing is subject to fulfilment of various conditions including buyout of the application software and other technology for its own use by IEX.

The Central Electricity Regulatory Commission (CERC) has given FTIL time till January 4 to comply with its directive to complete the stake sale.

Last December, the Forward Markets Commission had ruled that FTIL is not a ‘fit and proper person’ to hold anything more than 2 per cent shareholding in commodity exchange MCX.

In March this year, the Securities and Exchange Board of India (SEBI) had said FTIL is not “fit and proper” to own stakes in any stock exchange and directed it to divest existing holdings in MCX-SX and four other entities.

As per CERC’s May order, decisions of SEBI and FMC have a direct bearing on the power market.

In that ruling, CERC had mentioned that “regulatory objectives of the power exchanges are similar to that of the commodity and stock exchanges in so far as the investor/consumer protection, market integrity, transparency, fairness and governance are concerned”.