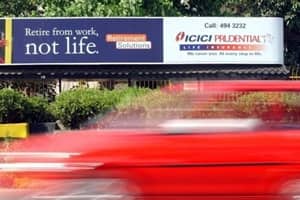 Below are 10 things you should know before subscribing the public offer:

1) About the company: The company was established in 2001 as a joint venture between ICICI Bank and Prudential Corporation Holdings. ICIC Prudential is a Mumbai-based private sector life insurer in India. It offers health insurance, life insurance and pension products and services to its customers through an extensive multi-channel sales network across India, including through the branches of bank partners, individual agents, corporate agents, employees, offices and its website. As at June 30, 2016, the company had 1,24,155 individual agents. As of July 12, 2016, its bank partners had over 4,500 branches. During 2011-12 and 2015-16, company’s retail weighted received premium (RWRP) witnessed a CAGR of 15.2 per cent compared to a CAGR of 6.7 per cent in the private sector and a decline of 2.1 per cent per annum in the overall Indian life insurance sector.

3) About the issue: Promoters are proposing to offer the equity shares of the company to the public by way of an IPO. Hence, there will not be any change in the shareholders’ funds. This offer is an Offer for Sale (OFS) of up to 18,13,41,058 equity shares by one of the promoters, ICICI Bank.

4) Objective of the issue: The objectives of the public offer are to achieve the benefits of listing the equity shares of the company on the stock exchanges. The listing of equity shares will enhance the ‘ICICIPrudential’ brand name and provide liquidity to the existing shareholders.

5) New Business Premium: According to CRISIL Research’s life insurance industry report of July 2016, ICIC Prudential Life Insurance Company has consistently generated the most new business premium on retail weighted received premium basis among all the private sector life insurers in India for every year since fiscal 2002.

7) Listing: Shares of the company are proposed to be listed on NSE and BSE. There are no listed life insurance companies in India. Max Financial Services (MFS), which is a holding company for Max Life Insurance, is the only listed company, where the listed parent holding company’s main operating business is that of life insurance. However, MFS underwent a restructuring during the fiscal 2016 and hence comparative financial information corresponding to the latest fiscal year is unavailable as of date.

9) Valuation: According to brokerage firm Sharekhan, ICIC Pru’s Indian embedded value at March 31, 2016 was Rs 13,939 crore. As per the same, the company is valued at 3.09 times and 3.44 times on the lower and upper bands of the price band, respectively.

10) Should you invest: According to Angel Broking, at the price of band of Rs 300-334 the issue is offered at 3.1 times and 3.4 times its reported FY16 EV. While the company has enough scope for business growth in the future, the brokerage house believes the issue is fully priced in and hence it has given ‘Neutra’ rating to the issue.

However, Hem Securities has given ‘Subscribe’ rating to the issue. The brokerage house said, “Company is bringing the issue at price-to-earnings (P/E) multiple of 27-30 on post issue Q1FY17 annualised earnings per share of Rs 11.28. At upper band, co is trading at P/EV multiple of 3.4x which is lower than its peer. Hence, looking after strong fundamentals, established & well-known brand and strong parentage, the IPO is looking attractive destination to deploy the funds in.”