HPL Electric & Power is seeking to raise Rs 361 crore through an initial public offer (IPO), which opened for subscription on September 22. 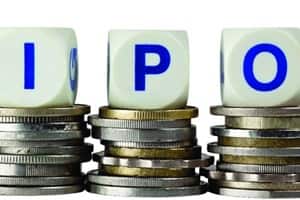 HPL Electric & Power is seeking to raise Rs 361 crore through an initial public offer (IPO), which opened for subscription on September 22. The company has fixed a price band of Rs 175-202 per equity share for the public offer. Book running lead managers to the issue are SBI Capital Markets, ICICI Securities and IDFC Securities. The issue will close on September 26 (Monday).

The company had filed its Draft Red Herring Prospectus with the market regulator Securities and Exchange Board of India (Sebi) in February for its initial share sale. The firm nod from the regulator in May. Shares of the company are proposed to be listed on BSE and NSE.

Below are the 5 things you should know subscribing the public offer:

About the company: HPL Electric & Power is a New Delhi-based company and is engaged in the business of manufacturing electric equipment. It has a diverse portfolio of electric equipment, including, metering solutions, switchgears, lighting equipment and wires and cables, catering to consumer and institutional customers in the electrical equipment industry.

Strengths and Risks: The company has network of over 2,400 authorised dealers or distributors who further sell products to over 15,000 retailers. HPL Electric has over 90 branches and representative offices across India, which carries out marketing activities. On the other hand, the company’s significant portion of revenue comes from power utilities. Any delay in payment or disputes with these power utilities may have an adverse effect on the company’s business and financial condition.

Financials: Over FY12-16, HPL Electric has reported CAGR of 11.7 per cent and 6.5 per cent on revenue and profitability respectively. Also overall debt has increased from Rs 306 crore in 2011-12 to Rs 548 crore in 2015-16. According to Religare Broking, the company is looking to reduce its debt by Rs 130 crore (though the IPO proceeds), which will help it to reduce its interest costs to some extent and improve profit margins in the coming years. Even though, there is potential for the company to grow, there is intense competition from well-established players namely, Havells India, Crompton Greaves, etc.

Brokerage take: Angel Broking has ‘Neutral’ rating on the issue. The brokerage firm in a research note said, “On the valuation front, at the upper end of the price band, the pre-issue P/E works out to 25.6 times of its FY2016 earnings which is lower compared to its peers. However this discount is justified considering its significantly low return on equity (ROE), stretched working capital and low profitability compared to its peers. Considering past financial performance and poor visibility on future growth, we rate this issue as Neutral.”