Here’s the ultimate rundown of everything F1 – F12 keys do

You finally know what exactly all those F1 to F12 keys do! 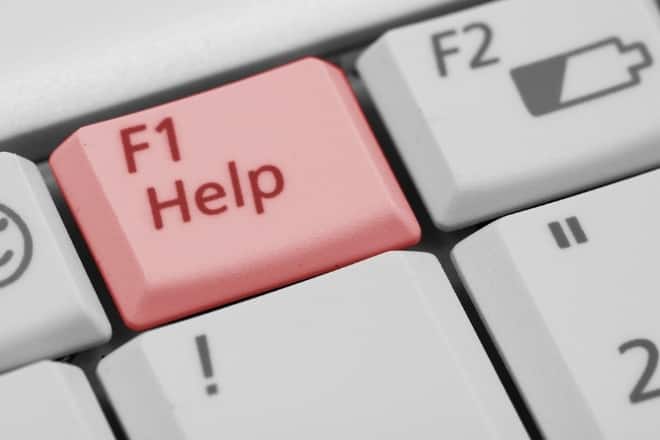 The function keys on a computer keyboard labelled F1 through F12, are keys that have a special function defined by a currently running program or by the operating system. They can be combined with the Ctrl or Alt keys.

On some laptop computers and smaller keyboards, the F-keys may have a dedicated function such as the volume, changing the brightness of the screen, or other device-specific functions. On such keyboards, there is typically a separate Fn key that you can hold down to indicate that you want to use the key as a standard function key. For example, on the MacBook Pro laptop, the F12 key’s primary function is to increase the audio volume. If the key is pressed while the Fn key is held down, the key will register as F12, and trigger any software functions that are configured to use this key.

Also Read
WhatsApp Web: How to use multiple accounts and sessions in browser
10 hidden Google tricks we bet you didn’t know!
How to send WhatsApp messages from website without saving a number
No need to disable ‘Read receipt’: Here is how to read WhatsApp messages without blue tick notifications

If you would prefer not to press the Fn key to access your function keys, you can configure the keyboard to treat them as regular function keys in your System Settings or Control Panel.

F1
Used as the help key in almost every program, it opens a help screen when this key is pressed.
Enter the CMOS Setup.
Windows Key + F1 opens the Microsoft Windows help and support centre.
Open the Task Pane.

F3
Often opens a search feature for many programs, including the Microsoft Windows.
In Windows or MS-DOS command line F3 will repeat the last command.
In the Microsoft Word Ctrl+F3 will lowercase any highlighted text.
Shift+F3 will change the text in Microsoft Word from upper to lowercase or a capital letter at the beginning of every word.
Windows Key + F3 opens the Advanced find window in the Microsoft Outlook.
In Windows Explorer, start the search function.
Open Mission Control on an Apple computer running macOS X.

F5
In all modern Internet browsers, pressing F5 will reload or refresh the document window or page.
Ctrl+F5 forces a complete refresh of a web page. It clears the cache and downloads all contents of the page again.
Refresh the list of contents in a folder or a file.
Open the find, replace, and go to the window in the Microsoft Word.
Starts a slideshow in PowerPoint.

F6
Move the cursor to the address bar in Mozilla Firefox, Internet Explorer and most other Internet browsers.
Ctrl+Shift+F6 opens to another open Microsoft Word document.

F7
Commonly used to spell check and grammar check a document in Microsoft programs such as Microsoft Outlook, Word etc.
Shift+F7 runs a Thesaurus check on word highlighted.
Turns on the Caret Browsing in Mozilla Firefox.

F9
Refresh document in the Microsoft Word.
Send and receive e-mail in the Microsoft Outlook.
Opens the Measurements toolbar in Quark 5.0.
With macOS 10.3 or later, displays a thumbnail for each window in a single workspace.
Using the F9 and Fn key at the same time opens Mission Control on an Apple computer running macOS X.

F10
In Microsoft Windows, it activates the menu bar of an open application.
Shift+F10 is the same as the right-clicking on the highlighted icon, Internet link or file.
Access the hidden recovery partition on HP, Compaq and Sony computers.
Enter CMOS Setup on some computers.
With macOS 10.3 or later, shows all open Windows for the active program.

F11
Exit and enter fullscreen mode in all modern Internet browsers.
Access the hidden recovery partition on eMachines and Lenovo computers.
With macOS 10.4 or later, hides all open windows and shows the desktop.